'This is boring': Trump literally tosses out his prepared remarks during tax roundtable-turned immigration rant 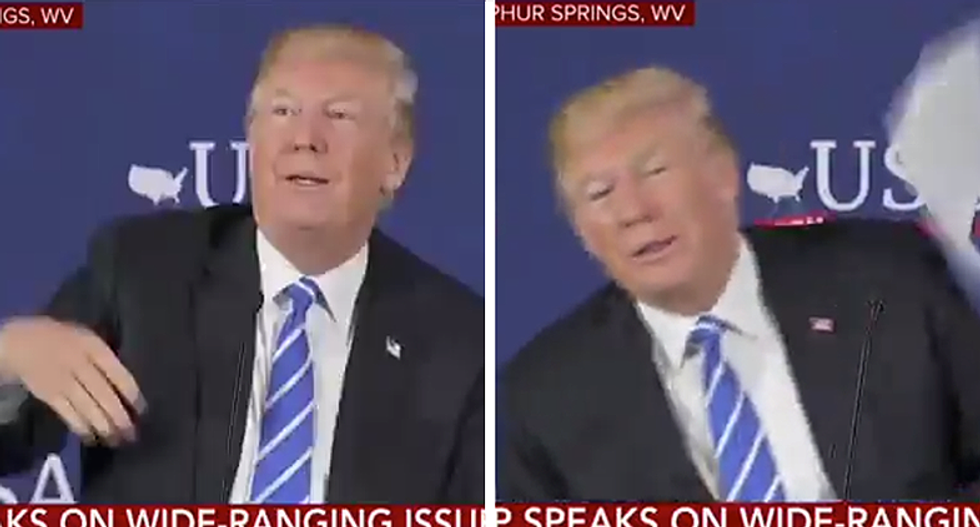 Donald Trump on Thursday threw out his prepared speech at a tax roundtable on in West Virginia.

"I'm reading off the first paragraph, I said, 'This is boring. Come on. We have to tell it like it is,’” Trump explained, tossing up a page of written words purportedly intended to be spoken at the event.

During those remarks, the president accused a migrant caravan of raping women at record levels and expressed anger at a provision of the Citizenship Clause in the Constitution that declares children born on U.S. soil are American citizens.

"If you have a baby on our land, congratulations that baby is a United States citizen," Trump lamented.

NOT GONNA BE BORING!