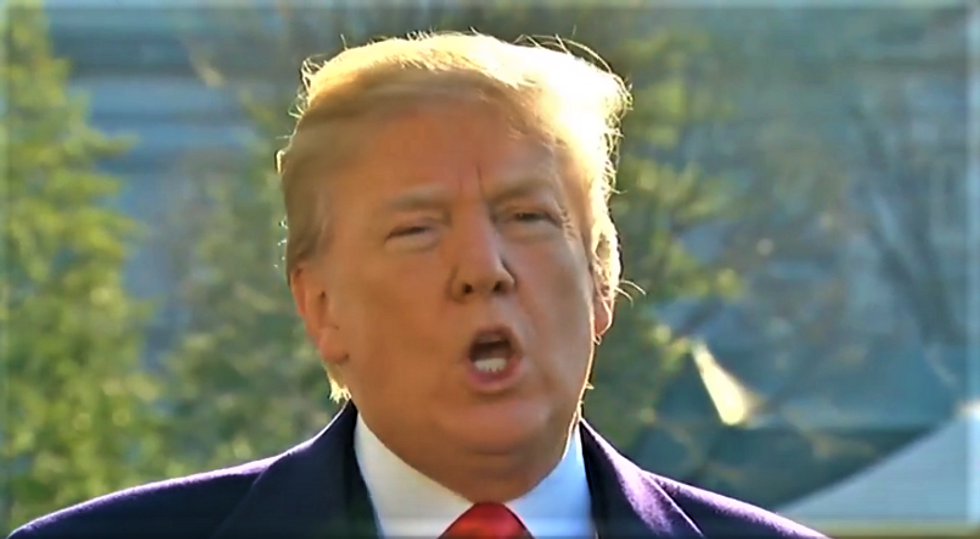 During a speech that was supposed to be about taxes, President Donald Trump appeared to claim women in Central America are raped at higher rates than women elsewhere.

"It’s amazing what other countries put into the [immigration] system," the president said. "They don’t put their good ones. Remember my opening remarks at Trump Tower when I opened. Everybody said, oh, he was so tough. I used the word rape."

Justifying his remarks, Trump then pivoted to an apparent reference to the so-called Central American migrant "caravan" headed for the US border. The caravan, multiple news outlets have revealed, are activists partaking in an annual publicity stunt aimed at raising awareness about the issues faced by refugees and migrant workers who have no intention of trying to enter America en masse.

"Yesterday, it came out where this journey coming up, women are raped at levels that nobody has every seen before," the president claimed. "They don’t want to mention that."

On Tuesday, when Trump opined about how "sad" the supposed caravan makes him and announced that he plans on sending the National Guard to the American-Mexican border to stop it, speculation arose as to whether the president learned about the large migrant demonstration from a fearmongering Fox News segment aired over the weekend. On Wednesday, a reporter asked Homeland Security Secretary Kirstjen Nielsen about the connection, and she did not answer the question directly.