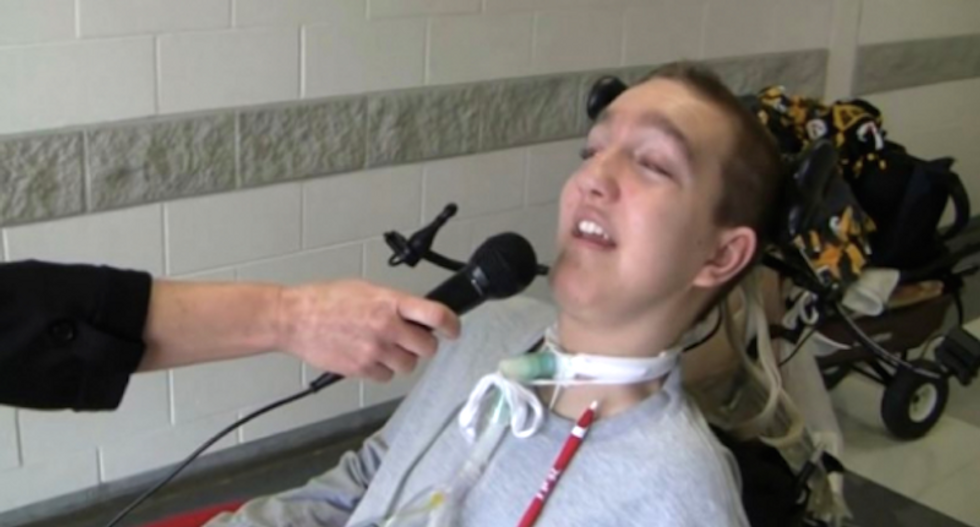 The subject of the bestselling book "The Boy Who Came Back From Heaven" has sued the Christian publisher Tyndale House after admitting his tale was entirely made up.

Alex Malarkey, now 20, was paralyzed following a 2004 car accident that left him in a coma, and he claimed after regaining consciousness that he had gone to Heaven and communicated with God and Jesus, reported the Christian Post.

His story was turned into a 2010 bestseller published by Tyndale House -- but Malarkey later admitted the story was entirely fabricated.

According to the lawsuit filed at DuPage County Circuit Court in Wheaton, Illinois, the religious publisher made millions from the tale that Malarkey says his now-deceased father made up and shared nothing with the quadriplegic subject of the book.

"Despite the fact that Tyndale House has made millions of dollars off Alex's identity and an alleged autobiographical story of his life, Tyndale House paid Alex, a paralyzed young man, nothing," the suit complains.

Malarkey sent a letter in 2015 to LifeWay Christian Stores and other faith-based retailers explaining that he went along with the ruse because he was a child who wanted his father's attention.

"I said I went to Heaven because I thought it would get me attention," Malarkey said. "When I made the claims that I did, I had never read the Bible. People have profited from lies, and continue to. They should read the Bible, which is enough. The Bible is the only source of truth. Anything written by man cannot be infallible."

Tyndale House pulled the book from stores and some bookstores issued refunds.

Malarkey and his mother said they warned Tyndale House and LifeWay for years that the account was made up, but said they were ignored until they took their claims public.

The lawsuit, which is seeking damages, says Malarkey does not want to be connected with the book in any way now that he is an adult and seeks a permanent injunction against Tyndale House requiring all reasonable efforts to disassociate his name from the book.