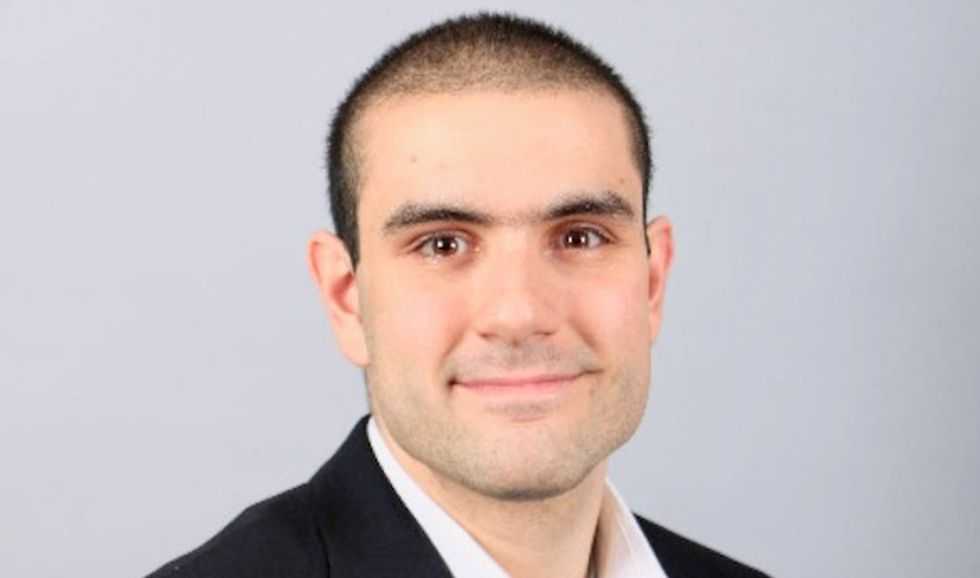 A van driver who ran over 10 people when he plowed onto a busy Toronto sidewalk was charged with murder Tuesday, as Canadian Prime Minister Justin Trudeau urged a rattled nation not to live in fear after the "senseless attack."

Police said the suspect, 25-year-old Alek Minassian, was not known to them before Monday's carnage in Canada's most populous city, which also left 15 people injured.

He also was not in the crosshairs of intelligence and security agencies, leading Public Safety Minister Ralph Goodale to sideline the theory of a terror attack such as those carried out by extremists in London, Nice and other major cities.

"On the basis of all available information at the present time, there would appear to be no national security connection to this particular incident," Goodale said.

But authorities said the incident during the busy lunch hour Monday was undoubtedly deliberate, and Minassian -- his head shaved, and in a white police jumpsuit -- was charged with first degree murder in a brief court appearance.

He also faces multiple counts of attempted murder over those injured in the incident.

Two South Koreans were among the dead, a foreign ministry official in Seoul told AFP, adding that another of the country's citizens seriously injured.

"Canadians across the country are shocked and saddened by this senseless attack," Trudeau told a news conference.

But, he added: "We must not start living in fear and uncertainty every day as we go about our daily lives."

Students who attended a Toronto vocational school with Minassian described him as withdrawn and a bit awkward.

The suspect lived with his father in the Toronto suburb of Richmond Hill, and attended Seneca College, according to his LinkedIn social media profile.

Minassian kept mostly to himself at school, and seemed to constantly rub his head or hands -- a sign of obsessive-compulsive disorder (OCD), classmates told local media.

Ari Blaff, one of the students, told public broadcaster CBC that Minassian's behavior "was usually quite strange." But he'd "never noticed anything violent" -- the suspect just "made people feel uneasy around him."

Minassian, who has an imposing physical build, defied a police officer during his arrest.

Wielding an object in his left hand, standing near the van with its front end smashed, the suspect shouted "kill me" to the police officer with his gun drawn, according to an amateur video posted on social media.

The police officer approached the suspect as he knelt and handcuffed him.

For 30 minutes prior, panic struck along the nearly kilometer-long (half-mile) stretch of Yonge Street where the driver had jumped the curb onto the sidewalk.

"All I could see was just people one by one getting knocked out, knocked out, one by one," Shaker said. "There are so many people lying down on the streets."

On Tuesday, police continued to comb the crime scene for evidence, while crowds gathered at a makeshift memorial to leave messages of condolences and flowers.

"We must remain a country that is open and free and comfortable with its values, and we will continue to do that," Trudeau said.

Officials will "reflect on the changing situations in which we are in, and do everything we can to keep Canadians safe," he added.