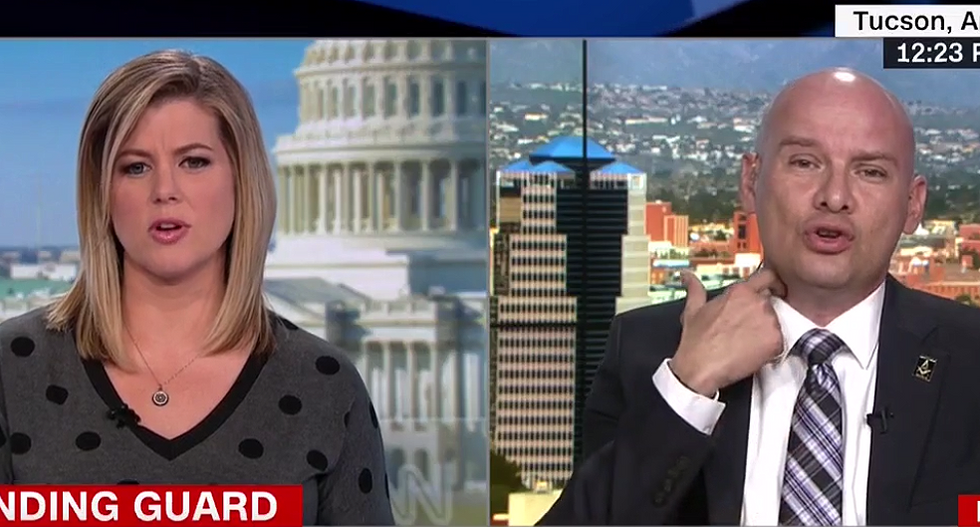 “Why President Trump is now being attacked and, you know, second guessed so much is beyond me,” Del Cueto said. “But the reality is the men and women of the border patrol are very grateful that they have a commander-in-chief that is putting the security of our country at the forefront to anything else.”

Del Cueto went on to blame “leadership” and “Obama holdovers” for not fully enforcing immigration laws.

“Maybe their plans, maybe their way of doing business is not necessarily the way that President Trump has asked.” Del Cueto surmised. “And I think that's what needs to be done to begin with to also secure the border. We need to get rid of some of the Obama holdovers that are still within our organization that are not following some of President Trump's plan.”

“So who is doing that?” Keilar asked. “Who are the holdovers, or are you just surmising there are some?”

“There are some,” Del Cueto replied. “There are definitely some. There was some talk—you can see—it’s been apparent in Twitter posts prior to the election where, you know, leaders within the organization would go as far as to, you know, make fun of President Trump and those individuals are still within our leadership. I think they're undermining some of the things that need to be done.”

“Who are you referring to?” the CNN host pressed.

“Do you have names?” Keilar asked. “Is there someone specifically that you're thinking of?”

“Do you know the names but you're just not sharing them or are you just surmising that there are people whose names you're not aware of?” she continued after Del Cueto declined to offer any specifics.

“There’s people out there that if you do the proper research you'll see there are people who would undermine President Trump prior to him becoming president,” he insisted.

“Do you know who they are?” she wondered.

Del Cueto continued to say he would not provide names, but said he definitely knows who he’s talking about. He later issued another full-throated defense of the president’s performance.

“[We] have a president that has a good, clear idea of what needs to be done for border security and I think that it's unfair that he gets second guessed continuously on these issues,” Del Cueto said. “I think he's doing a fantastic job and perhaps he gets second guessed because there are still members within our agency that are holdovers from the last administration.”