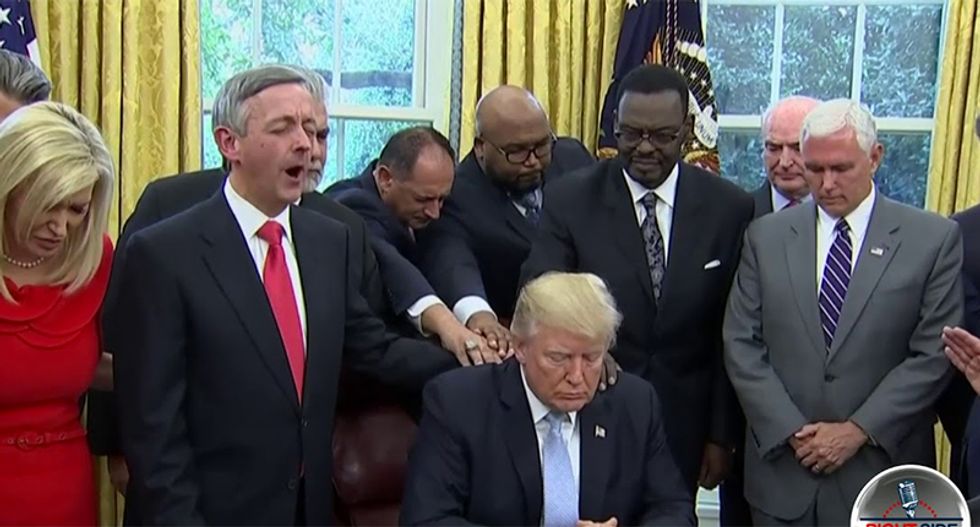 A group of evangelical leaders is reportedly planning to confront President Donald Trump about the payouts his attorney made to adult film star Stormy Daniels.

NPR reports that some evangelical leaders have scheduled a June meeting with Trump to talk about a variety of topics -- and they're likely to broach the subject of Trump's multiple extramarital affairs.

"There's things that are like fingernails on the chalkboard to people of faith," one source told NPR of Trump's alleged affair with Stormy Daniels. "That's not who we are; that's not a 'fruit of the Spirit'; that's not leading with humility."

Another leader of a religious organization told NPR that some evangelicals are "very concerned" about the president's alleged behavior, and they warned that it could dampen evangelical voter enthusiasm for the 2018 midterm elections.

"If these folks don't turn out in record numbers in 2018, it's gonna be a long night for Republicans," Christian activist Ralph Reed tells NPR.