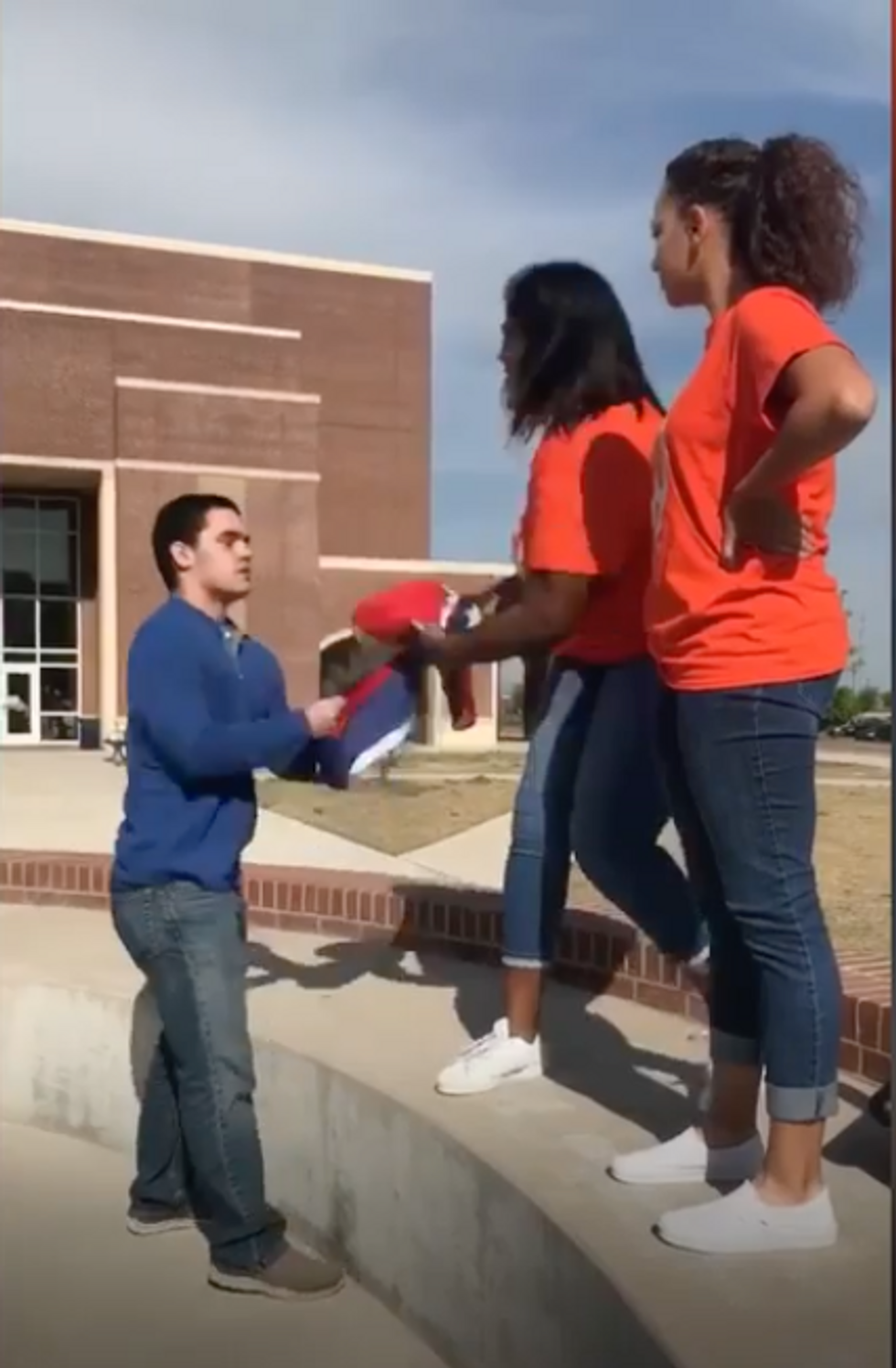 What started as a peaceful protest against gun violence at Eaton High School in Fort Worth, Texas, took a turn for the worse and ended in shambles on Tuesday, according to the Star-Telegram.

Nearly 100 people showed up to stand in solidarity in honor of the Feb.14 mass shooting at Marjory Stoneman Douglas High School.

Not everyone was a fan of the movement, and some students showed up to the rally waving Confederate flags. Jordan Vine, a student who helped organize the protest said, "people came with the intention to disrupt."

In the video below, Vine tells another student, "we don't stand for this here," while stepping on the Confederate flag. It was at this point that the fighting and cursing broke out. One student in the background of the video said, "I don't think this is a good idea for this school."

Emily Conklin, a spokeswoman for the Northwest school district said,

"Today, a student-led event took place at Eaton High School, with the purpose to honor the students who lost their lives in Florida. Administration appreciates that students came directly to them ahead of time to ensure the event could be managed as safely as possible."

Police confirmed there were no injuries or an arrest made.

"It was a student assembly that apparently got very vocal," Daniel Segura, spokesman for the Fort Worth police said.

Abbee, a student at Eaton High School, 16, said she hopes to promote more unity in her school.

"I do hope that there will be more unity within Eaton High School. I couldn’t keep count of how many. I just remember being out there and seeing so many people just fighting and that’s not what we wanted. We wanted to peacefully protest; and recognize everyone who has lost their lives to gun violence. I will not be a statistic. We will not stand down until there is a change."

Watch the video below!