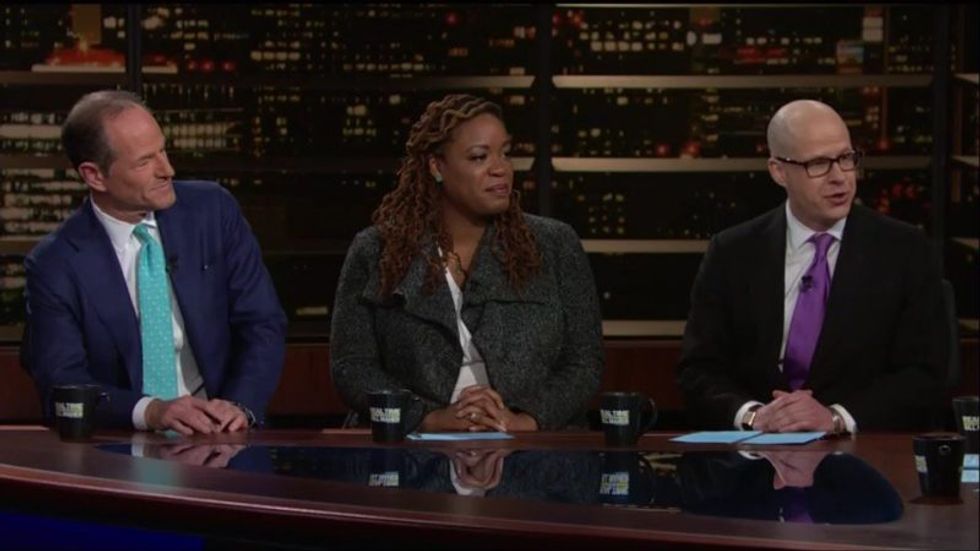 During a panel discussion on Real Time with Bill Maher, Republican journalist Max Boot opined that President Donald Trump is perhaps the most blatantly racist politician he'd ever seen.

"I wanted to snatch the words 'Dr. King' right out of his mouth," Demos Action's Heather McGhee said, commenting on how Trump and other Republicans use Dr. Martin Luther King Jr.'s name in attempts to appear in favor of equality while spouting racism. "And I keep wanting to do that."

After McGhee noted that modern Republican attempts to use King's name essentially in vain while promoting racism and racist policy, Boot said that as a "former Republican," he "violently agrees."

"I think if Donald Trump were being honest, he would be paying tribute to [segregationist Alabama governor] George Wallace, not Martin Luther King" the conservative Foreign Policy writer said. "He is the most openly racist president of my lifetime."

Watch below, via HBO: