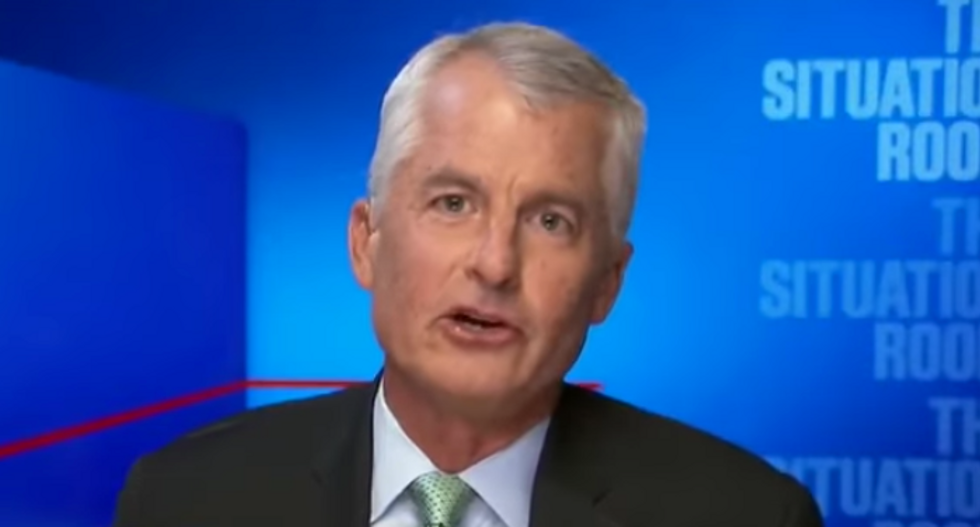 Appearing on CNN early Saturday morning, Philip Mudd, the former deputy director of the CIA's Counterterrorist Center, was skeptical of President Donald Trump's late Friday boast that there North Korea would "stop nuclear tests and launches of intercontinental ballistic missiles,” and "shut down a nuclear test site," saying the devil is in the details.

Speaking with host Victor Blackwell, Mudd was asked,"What's your degree of confidence? What's your reaction to this announcement from the north?"

"Well, obviously, it's a good step but count me more on the skeptical side than on the confident side," Mudd admitted before getting in the heart of the matter. "Two basic questions -- probably 30 questions, but let me give you a couple. Number one: it looks to me like Kim Jong is not saying that he wants to remove his ballistic missile and nuclear capability, he said we accomplished what we wanted."

"Is this him trying to be accepted by the globe as a nuclear power?" he continued. "Or is this him saying -- which I didn't read in the statement -- that he's going to reverse what North Koreans have accomplished. I think there's too much optimism on this one."

"Second question: if we believe that the North Koreans are serious, I don't see anything that gets into things like what the verification measures are," he expounded. "Would they let inspectors on site? What would those inspectors do? The big question is, is this is reversing what the North Koreans have done or acknowledging they are a global nuclear power for the future?"