Cows could be the largest land mammals left on Earth two centuries from now: study 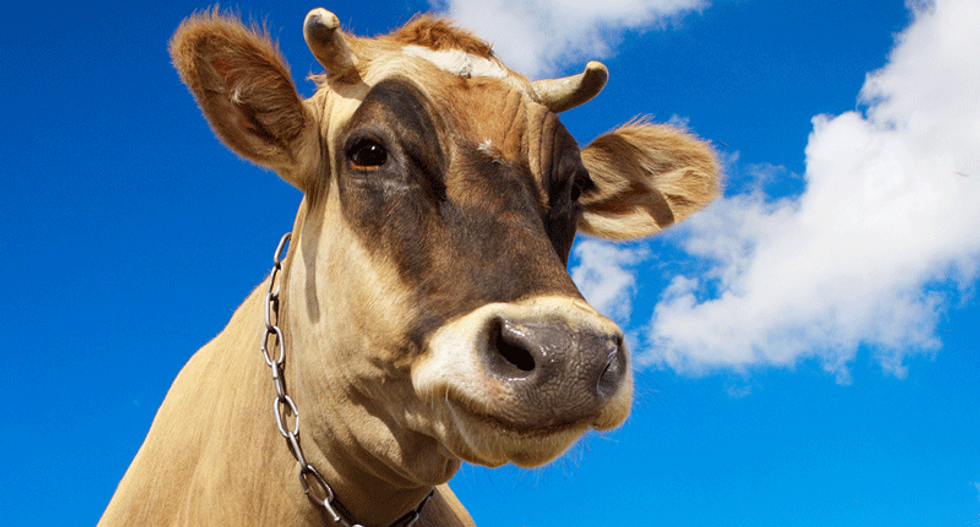 Humans may finally succeed in killing every nearly every species of large land mammal but one within the next two centuries, according to new research.

Mammals were much larger on average during the late Pleistocene, which spanned from around 2.5 million until about 11,700 years ago, and a newly published study in the journal Science found evidence to show humans are to blame for their demise, reported Scientific American.

A team of researchers led by University of New Mexico biologist Felisa Smith analyzed mammalian extinctions over 65 million years and found large animals started to die on each continent around the same time the humans arrived there.

Then they broke that data into 1 million year blocks and analyzed extinction trends within each, and Smith said they found "absolutely no effect" of climate on the demise of larger mammals.

Large-bodied mammals have been more likely to become extinct over the past 125,000 years, which has reduced the average size of surviving mammals from about 216 pounds in North America before humans showed up to just under 18 pounds.

Similar trends were observed on other continents, because large mammals did not reproduce quickly enough to keep pace with the numbers killed by omnivorous bipedal apes that used tools, made fire and hunted in groups.

If the trend continues, the study suggests, the largest land animal left on Earth would be the domestic cow.

Other large land mammals -- including elephants, rhinos, giraffes, hippos and tigers -- could be hunted or driven to extinction.