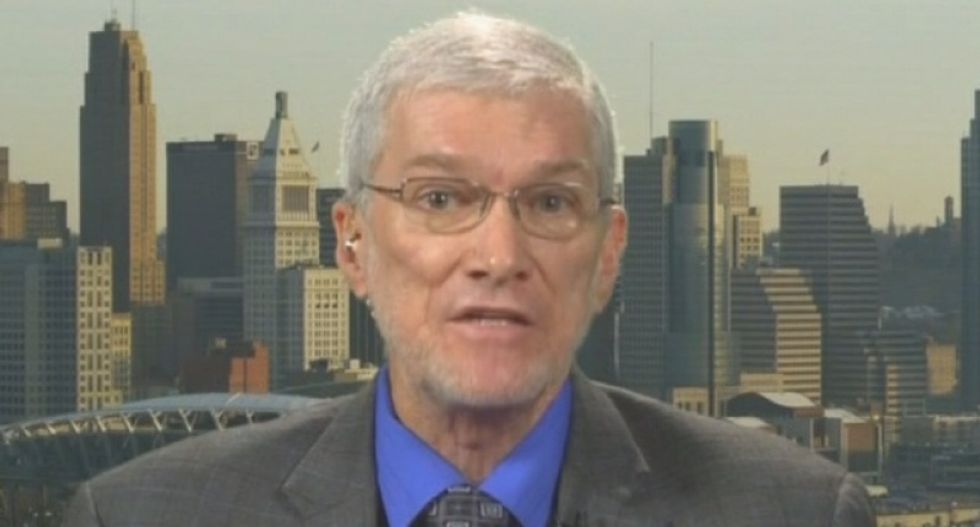 Creationist Ken Ham seems to be having trouble attracting part-time help to work at his Ark Encounter museum -- and now he's watering down his strict hiring guidelines in the hope of attracting more workers.

Patheos reports that Ham announced in a recent Facebook Live video that he is easing off on some of the requirements he's put in place as a precondition to work at his museums.

"We are a Christian organization, and as a Christian organization, we employ people who are Christians," Ham says in the video. "We actually, for the seasonals, we actually have a more abridged Statement of Faith, the fundamentals of Christianity, not our detailed one for all of our full-time managers and others. So for seasonals... if they can sign the tenets of the fundamentals of the Christian faith, they can... work here."

Ham does not go into what the "abridged" statement entails, although the full version of the statement requires employees to state that they believe in young-Earth creationism, while also disavowing homosexuality, premarital sex, and pornography.

According to an earlier Patheos report, Ham has had trouble filling multiple positions at the Ark Encounter, including full-time, part-time and seasonal employees.