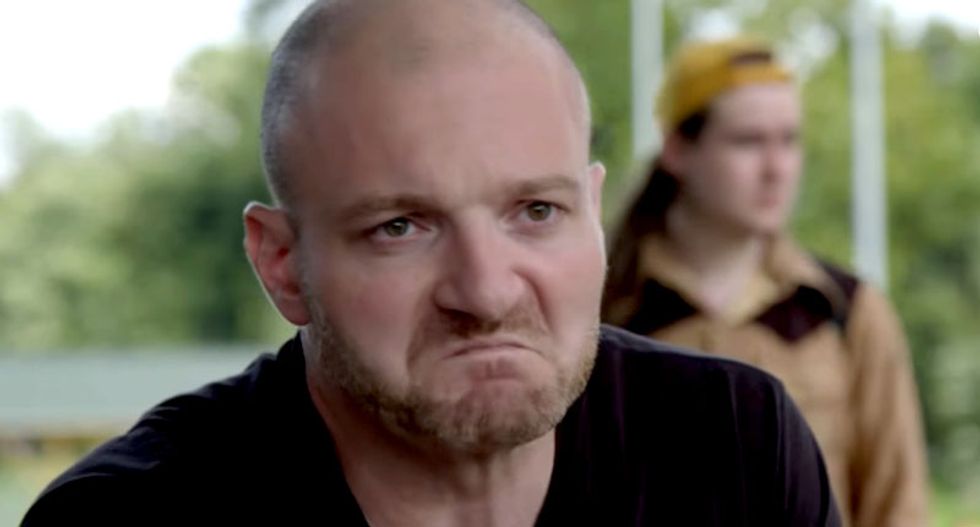 A self-proclaimed white nationalist, Chris Cantwell, will remain in jail until he gets an alcohol monitoring bracelet, according to the Loudoun Times.

Cantwell was arrested in Leesburg for public intoxication on March 31. Leesburg police spokesman, Sam Shenouda, said: "After making contact with Mr. Cantwell, the officer observed signs of intoxication and smelled a strong odor of alcohol.”

At the time of arrest, Cantwell, 37, was out on a $25,000 bond for his malicious involvement in the Charlottesville "Unite the Right" rally, where he illegally used tear-gas and said the death of Heather Heyer, who was hit by a car during the riots “was more than justified.”

After the police put a warrant out for his arrest he was coined the name ‘Crying Nazi’ for tearfully saying he was "terrified."

Officers also clarified that Cantwell was not being investigated for the distribution of  KKK flyers around the city.

“It’s important to note that we previously reported that the distribution of KKK flyers is not illegal,” Shenouda said.

Cantwell was thrust into the public eye after making an appearance in a Vice News report that vividly documented the behind the scenes of "Unite the Right" rally.

In the video he said: “Michael Brown, Tamir Rice and all these things happen, every single case it’s some little black [expletive] behaving like a savage."

He is scheduled to have a hearing with the Loudoun General District Court on June 26.