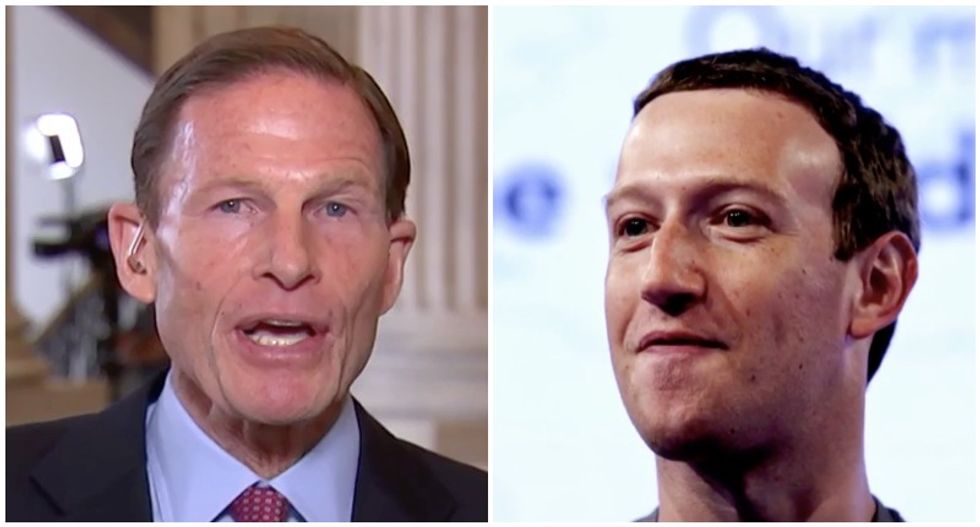 The Connecticut Democrat will question Zuckerberg during a joint hearing of the Senate's Judiciary and Commerce committees, each of which he serves on, and he told MSNBC's "Morning Joe" that he wanted to see substantial changes to the social media giant's business model.

"This moment for Mark Zuckerberg is like high noon," Blumenthal said.

Facebook has come under fire for sharing users' personal data with Cambridge Analytica, which weaponized the information to target voters with pro-Trump campaign propaganda, and for allowing Russian agents to do the same.

"It's a moment of reckoning for Facebook for its business model -- not just about Cambridge Analytica, but about whether it will commit to fully informing its users about how it uses their personal information and seek their informed consent," Blumenthal said. "The days of 'trust me' from Mark Zuckerberg are over. The apology tour and the contrition sonata have worked only so far now."