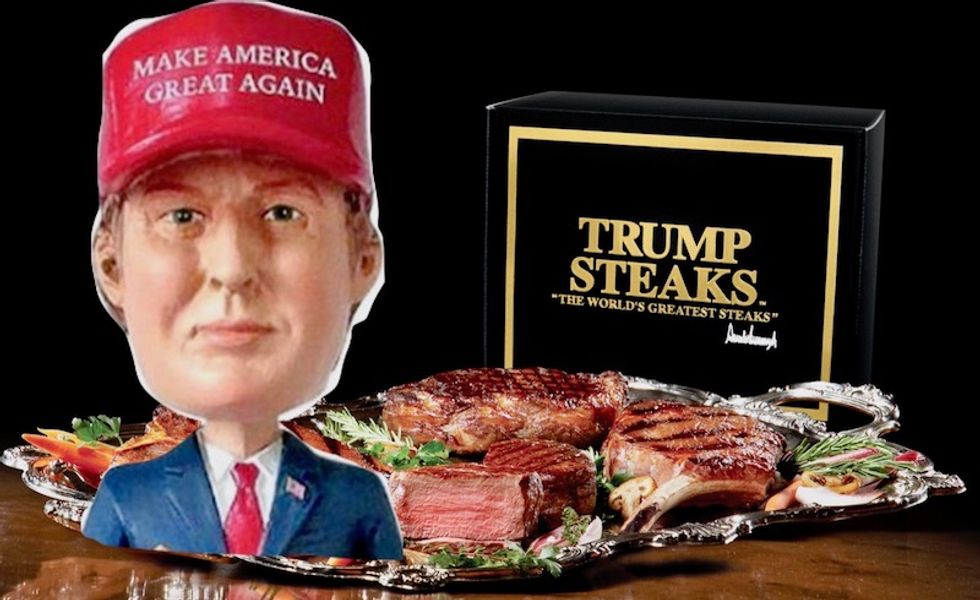 Trump steaks and a Trump bobblehead/Screenshots

Although he insists he's a germaphobe who wants to be as far away from urine as possible, President Donald Trump once sold a urine test.

That's just one of the many absurd merchandise deals that Trump the mediocre businessman has cut over the years, according to Washington Post reporter David A. Fahrenthold, who took a deep dive into Trumpworld's cologne, ties, coffee pods and Trump: The Game.

"Donald Trump began with suits and ties—people saw him wearing suits and ties on The Apprentice," Fahrenthold said. "Then he realized he could make money off this so he became what people in the business call a 'label slapper.' He put his name on everything"

"There was at one point a Donald Trump urine test that you could send back for Donald Trump brand vitamins," he said. "He was a bad merchandizer."

There are a few things still sold under the Trump name—details in the video below.