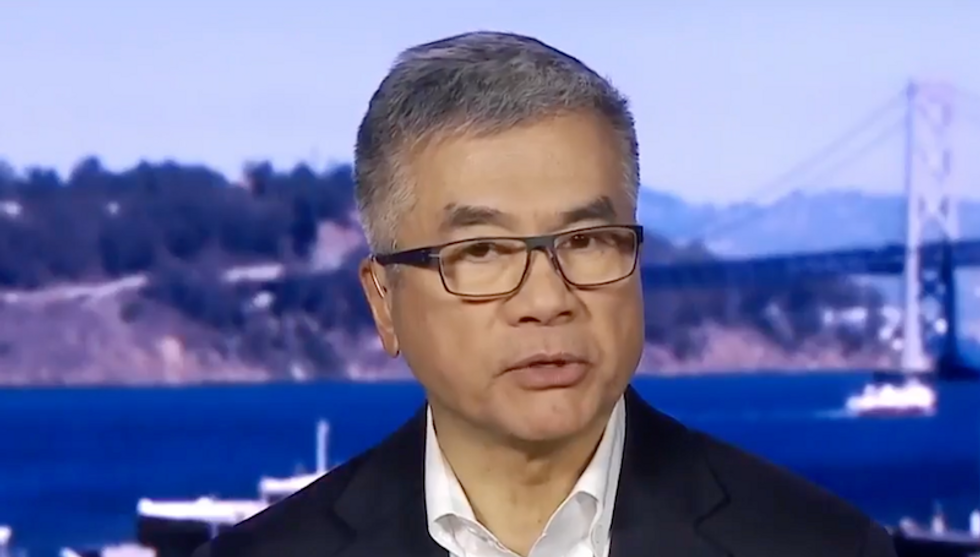 Gary Locke, a former US ambassador to China and commerce secretary/Screenshot

In trade wars, they say, everyone loses.

But some lose more than others.

And as the Trump administration and China rattle sabres and exchange tariffs, Gary Locke says America is going to lose.

And Locke's opinion is worth a lot on this topic: Not only was he commerce secretary under President Obama, he was also US ambassador to China, the only Chinese American to ever have the role.

He broke the situation down for MSNBC.

"Obviously China is going to retaliate—China cannot be viewed as backing down or being weak," he says.

American consumers and workers will find it "especially hard," he says.

"The reality is that China really is able to get back at American companies," he says. "They don't have to buy American products. If they levy taxes on airplanes or soybeans, they can buy airplanes from Air Bus or they can buy soybeans from Brazil. Whereas, with respect to American consumers, so much of what we buy is only made in China."

He goes on to give specific examples—such as microwaves or shoes.