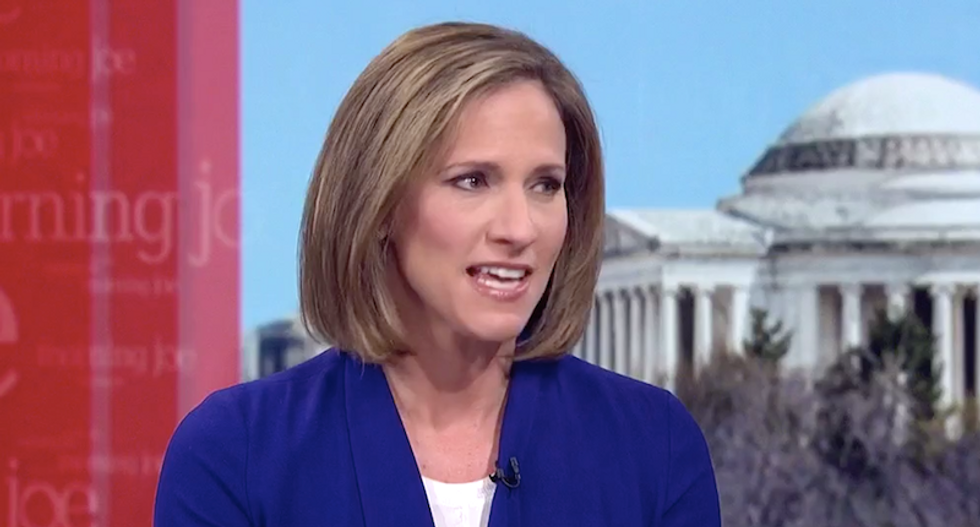 A former federal prosecutor explained why President Donald Trump's claim of a "vast government conspiracy" against him is so ridiculous.

"You really have to buy into this entire conspiracy theory," Rocah said. "It's not just Michael Cohen is a liar, it's the prosecutors are evil and planting evidence."

Law professor Alan Dershowitz has helped Trump advance that theory after the president's personal lawyer was raided by the FBI, and host Joe Scarborough pointed out that he'd done the same thing to help O.J. Simpson beat a murder charge.

"We're not saying prosecutorial overreach or misconduct never happens. that would be extremely naïve and contrary to what's happened in the world, but they're here saying it's happening already with no indication it's happening and every indication to the contrary, and it's not something that happens regularly," Roach said.

She laid out how many actors would have to be involved to pull off a conspiracy like Trump and his supporters have claimed.

"The prosecutors would have to be in on, the judge, the agents," Rocah said.

The federal prosecutor-turned-Pace Law School professor pointed out that prosecutors are not responsible for sentencing, and that the legal system is built to prevent the type of misconduct Trump has described.

"There are so many safety checks built into the system, and that's the point," Rocah said. "They're ignoring all of those, so the judge decides the sentence, the prosecutors don't decide."

She said the conspiracy would have to be plotted years ago in a complicated white-collar case like the one against Cohen.

"To take their theory to its logical conclusion," she added, "it means really what they're saying is this happens in every case, or many cases, so we should basically let drug dealers, violent gang members, rapists -- we should let them all out of jail because clearly there's prosecutorial overreach everywhere."