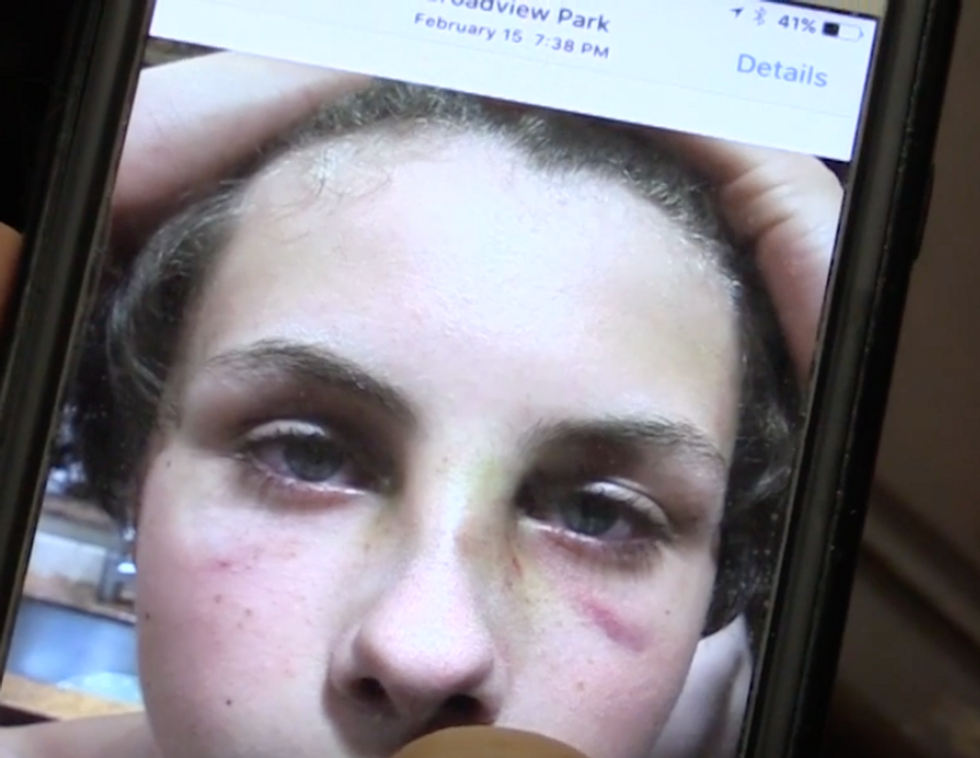 Andrew Ostrovsky was abused by a cop. (Screenshot from video)

A former lockup officer will not face charges after abusing a teen at a juvenile detention center in Florida, according to the Miami Herald.

Darell Bryant punched Andrew Ostrovsky, 14, in his nose and it broke in two places at the Broward Regional Juvenile Detention Center.  In the video, viewers can see the guard slamming the teen to the ground and punching him in the face repeatedly.

Ostrovsky was sentenced to stay in the detention center for stealing his father's car in January 2017.

This month, prosecutor Christopher Killoran, with the Broward State Attorney's Office ruled that Bryant, "was justified in his use of force and his actions that day."

Bryant said that the teen was being combative and that he had the right to use force. In a report Bryant said: "the single punch was delivered in order to gain compliance from [Andrew], and was 'reasonable and necessary due to the aggression of the youth."

His abuse towards the teen also did not violate any of Florida's laws. Killoran, wrote in a memo: "Based upon Bryant being an authority figure at the facility whose mandate is to control the juvenile detainees, when certain situations arise, for instance when one detainee is attempting to attack another, an employee must utilize force to gain compliance."

Department of Juvenile Justice Secretary Christina Daly said that the department does not “condone” nor “tolerate” the abuse.

“The Florida Department of Juvenile Justice has approved physical interventions to deescalate crisis situations in our facilities and programs. These interventions do not allow for the physical assault of youth to gain compliance," Daly said. "While we recognize the state attorney has discretion in determining whether to proceed with criminal charges, DJJ does not condone nor tolerate this type of behavior.”

Watch the incident unravel below.