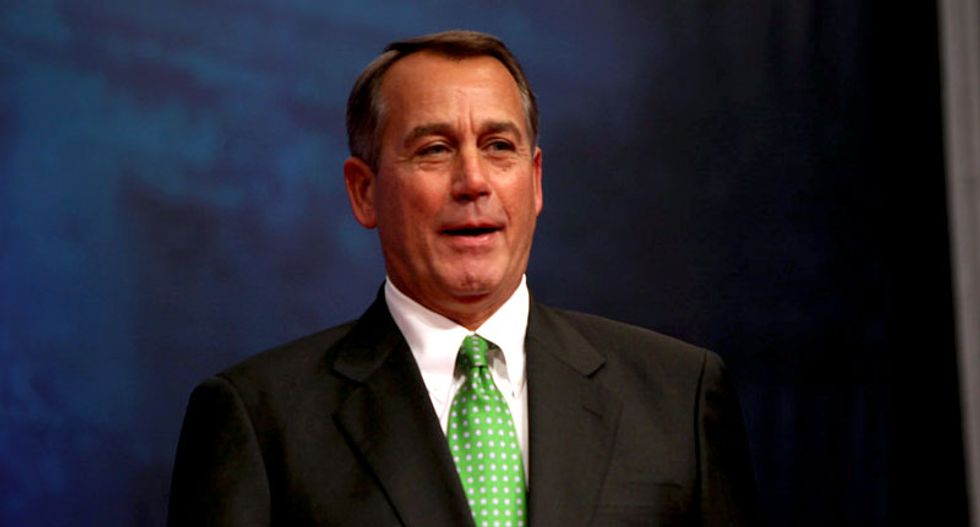 Speaker of the House John Boehner speaking at the 2012 CPAC in Washington, D.C. (Gage Skidmore/Flickr)

John Boehner has just become a lobbyist for big pot. The former Republican Speaker of the House whose career almost went up in smoke in 1995 when he handed out checks from tobacco companies to U.S. Congressmen on the House floor, "has joined the advisory board of Acreage Holdings, a company that cultivates, processes and dispenses cannabis in 11 U.S. states," Bloomberg reports.

“Over the last 10 or 15 years, the American people’s attitudes have changed dramatically,” Boehner, who was once "unalterably opposed" to the legalization of marijuana, said. “I find myself in that same position.”

A strong majority – 64% – of Americans agree with Boehner.

Boehner will become a spokesperson and will work to legalize medical marijuana.

I’m joining the board of #AcreageHoldings because my thinking on cannabis has evolved. I’m convinced de-scheduling… https://t.co/kRRZFQOScr
— John Boehner (@John Boehner)1523444285.0

In 2016 Boehner joined the third-largest lobbying firm as an advisor. The following year he joined the board of Reynolds American, the second-largest tobacco company in the U.S.

When he was Speaker, Boehner reportedly smoked two packs of cigarettes a day.

Many on social media expressed surprise:

Boehner going to lobby for legalized weed is so perfect. Perfect! Could not have scripted it better.
— Chris Hayes (@Chris Hayes)1523452092.0