Fox News legal analyst stuns anchor with warning on Michael Cohen: 'This is dangerous for the president' 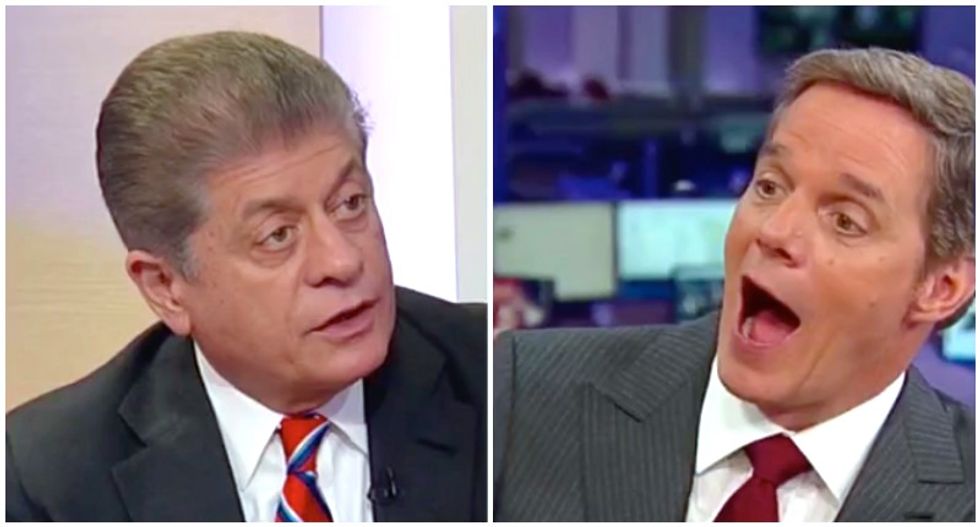 The former New Jersey Superior Court judge said the FBI raids of Cohen's home and office posed a real threat to the president, although he doubted a court would approve Trump's request to review seized documents and decide for themselves which were covered under attorney-client privilege.

Napolitano said he would be worried if he were in the president's position.

"If my lawyer's office was raided or yours was raided, you would think, 'What is the federal government doing with my documents?'" Napolitano said. "The president's fears are real, palpable, genuine and understandable."

Cohen was scheduled to appear Monday in federal court in Manhattan, where U.S. District Judge Kimba Wood ordered him to answer questions about his clients to determine whether he performed "traditional legal tasks" last year.

"(The hearing is) extremely dangerous for Michael Cohen," Napolitano said. "The federal government has said it plans to indict him for some type of crimes, they haven't told us what. I think it's a crime related to fraud. You never, ever get to question the person you are going to indict under oath before the indictment. That's what they're going to get today. This may be a trap for him."

Hemmer pointed out that Wood was previously nominated for U.S. attorney general by President Bill Clinton, but she withdrew over an illegal immigrant she employed as a nanny, but Napolitano assured viewers she was a highly respected judge.

"I think this is dangerous for the president for several reasons," Napolitano said. "This team of federal prosecutors and FBI agents who work in what we call the Southern District of New York, that's Manhattan and the Bronx, is the most aggressive in the country."

"Second, they can't be fired -- they're not political appointees, they are civil service protected," he added. "They can't be fired, and their investigation can't be shut down. In some respects, they are more dangerous to the Trump presidency than Bob Mueller and his team."