Fraternity leader whines that his members are 'endangered' after racist, homophobic video emerges 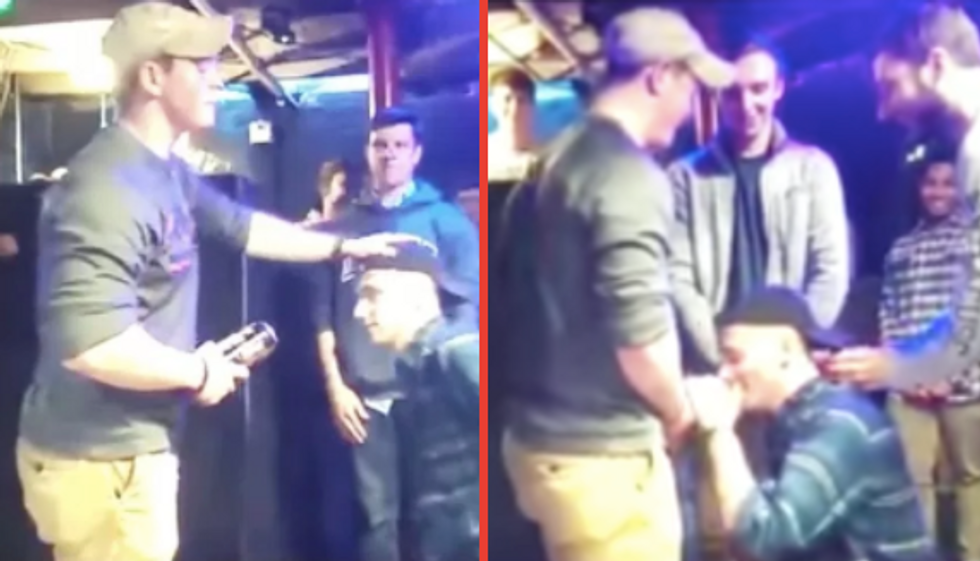 Screenshots of Theta Tau members engaged in homophobic, racist and other kinds of discriminatory acts.

The national leader of the Theta Tau engineering fraternity is playing the victim after video of some of their members engaging in racist and homophobic "jokes" led to their Syracuse University chapter's suspension.

Michael Abraham, who acts as executive director of the Theta Tau Central Office, told the New York Post that although the fraternity at large considers the video depicting members using racial slurs and engaging in homophobic acts "troubling," he is concerned with the welfare of the brothers involved.

"They have been identified on social media," Abraham told the Post, "and due to the university having leaked this video to the press, they are now endangered."

You can watch the disturbing video below, via the Daily Orange:

Actor Samuel L. Jackson ripped Supreme Court Justice Clarence Thomas over the weekend in the wake of the overturning of Roe v Wade, the landmark abortion ruling that established women’s right to lifesaving health care. “How’s Uncle Clarence feeling about Overturning Loving v Virginia??!!” the star tweeted, referring to the Supreme Court decision that legalized interracial marriage. Thomas, who is married to a white woman, had indicated in an opinion concurring with the controversial decision to overturn women’s constitutional abortion right that the underpinning of the Roe v. Wade reversal put...