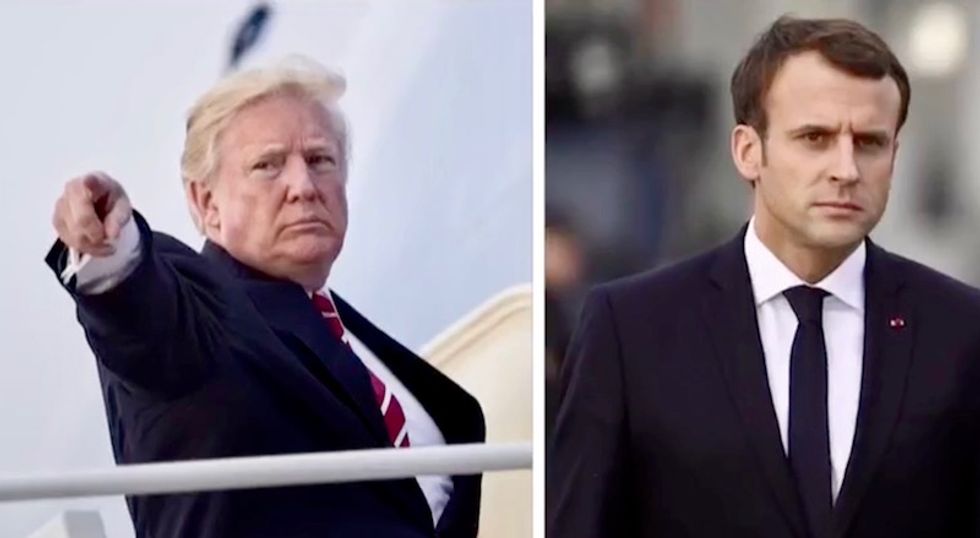 French President Emmanuel Macron is taking credit for President Trump's decision to fire $165 million in missiles at Syria, an attack that came with ample warning and which apparently killed no one.

Trump was going to honor his campaign commitment to isolationism—the thing that made him popular with people like Alex Jones—until the dapper Frenchman talked him into firing some missiles. That angered Republican isolationists—and made Alex Jones cry. 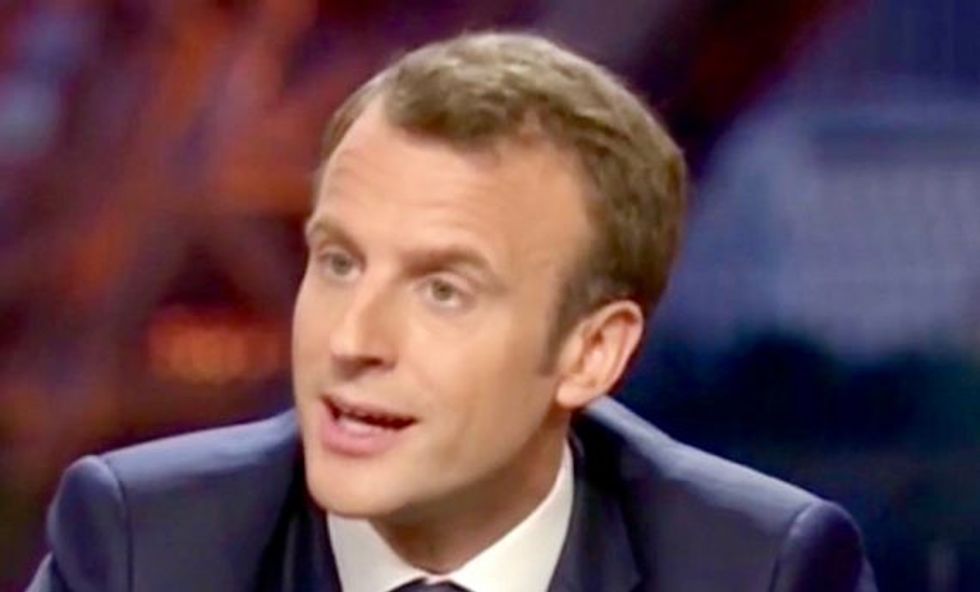 Macron agreed with Trump that the attack was “perfectly carried out.”

Watch a CNN segment on Macron below.