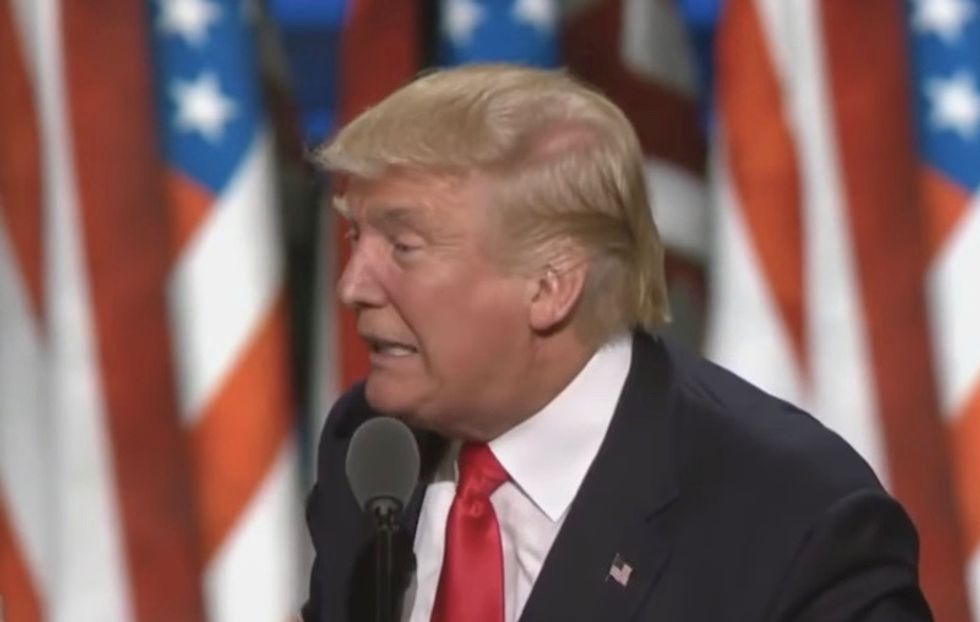 But the founders of Fusion GPS—the people who hired "pee tape" dossier author Christopher Steele—think that's what Trump is fearing right now, as he plays golf as every other member of a living presidential family gathers to pay respects to Barbara Bush.

"A string of bankruptcies in the 1990s and 2000s may have left Mr. Trump’s companies largely unable to tap traditional sources of financing," they write in a new piece for the New York Times. "That could have forced him to look elsewhere for financing and partners at a time when money was pouring out of the former Soviet Union."

As Peter Fritsch and Glenn R. Simpson note, it's unclear whether Robert Mueller is investigating the matter.

"But a comprehensive investigation could raise questions about the Trump Organization’s compliance with anti-money-laundering laws and the Foreign Corrupt Practices Act, which — according to the Securities and Exchange Commission and the Department of Justice — makes it a crime for a United States company to act with willful blindness toward the corrupt activities of a foreign business partner," they write.

As they note, Fusion "pored over Donald Trump’s business records for well over a year, at least those records you can get without a badge or a subpoena."

Among the deals they flagged were one with the Bayrock Group, owned by Felix Sater, who is linked to organized crime and who plead guilty to racketeering, and Sunny Isles Beach, "where over 60 individuals with Russian passports or addresses bought nearly $100 million worth of units in Trump-branded condominium towers in a part of South Florida known as Little Moscow. Among them were Russian government officials who made million-dollar investments and a Ukrainian owner of two units who pleaded guilty to one count of receipt of stolen property in a money-laundering scheme involving a former Ukrainian prime minister."

Read the full piece from the Fusion founders here.