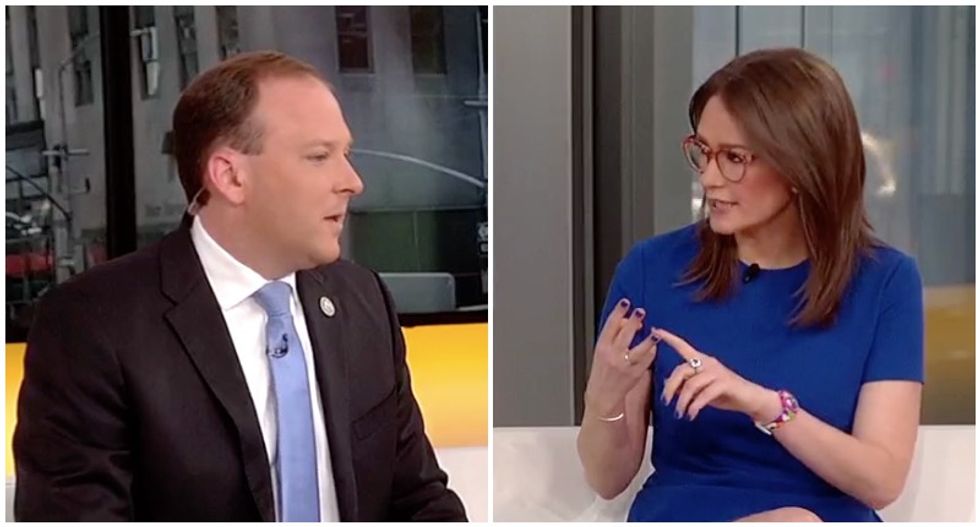 Rep. Lee Zeldin (R-NY) got more than he bargained when he showed up on Fox News armed with nothing more than a few flimsy talking points.

The New York Republican appeared Monday on "Outnumbered," where the co-hosts caught him completely off-guard by challenging some of his claims about special counsel Robert Mueller's investigation of President Donald Trump's campaign ties to Russia.

"It's hard to expect the (Department of Justice) and FBI to investigate themselves," Zeldin said.

Zeldin threw out a hunk of red meat in hopes of distracting the Fox News hosts.

"You can't even compare it to anything else in the history of these agencies where it was this bad," he said.

Harris declined to take the bait, so Zeldin mounted another campaign to rally the co-hosts to his side.

"You have a special counsel investigating the president for winning the election, without any evidence and any crime," Zeldin claimed.

Co-host Jessica Tarlov cut him off, and Zeldin's face fell.