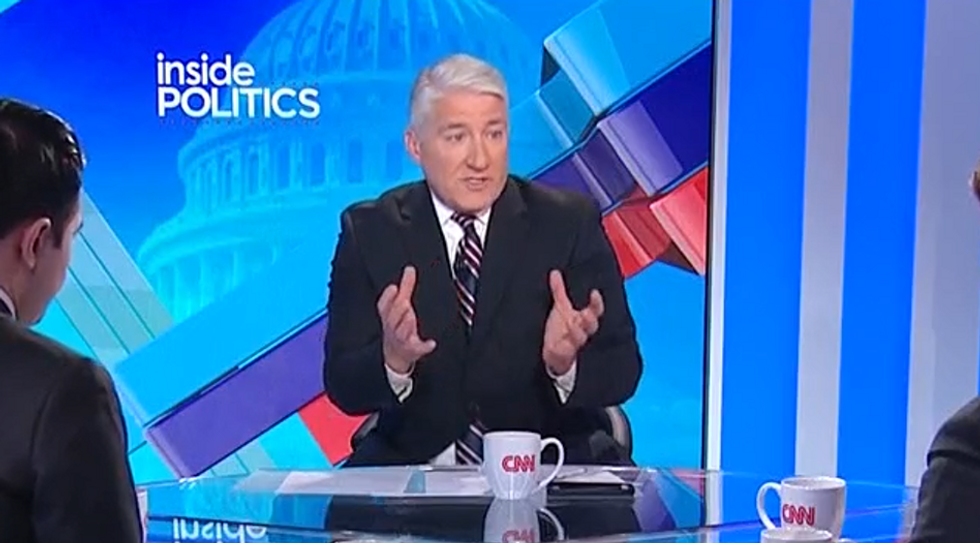 An angry President Donald Trump said on Tuesday that he would be sending the American military to the U.S.-Mexico border to deal with a "caravan" of immigrants headed toward the United States -- and a CNN panel afterward had a tough time figuring out what he was talking about.

CNN host John King tried to parse out all of the president's statements about immigration on Tuesday to try to find a coherent policy approach.

"It's hard to follow sometimes," King said. "He started off by criticizing this caravan... the president at the beginning talked as if they'd already crossed into the United States, then he gave the Mexican government credit for breaking it up and dissuading them from moving forward, and then he says he's going to send the military to the border. It's hard to follow."

Bloomberg reporter Sahil Kapur said that Trump seemed to be calling for a change to American asylum laws, although he couldn't be absolutely sure what changes, if any, the president was actually proposing.

King then pointed out that it didn't make sense for Trump and the Republicans to keep railing against former President Barack Obama over immigration issues when they're the ones who are actually running the federal government.