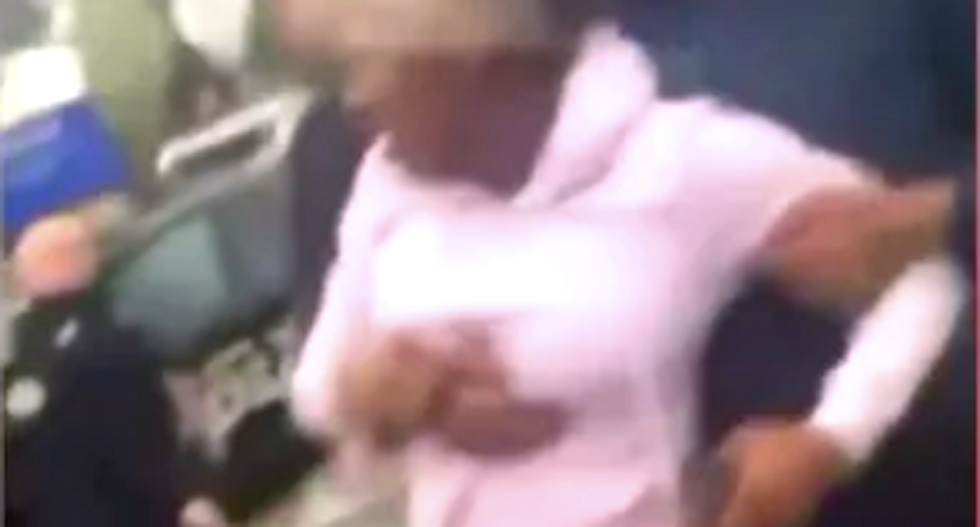 A black Pennsylvania woman was arrested for trying to get inside a hospital to see her dying son, who was mortally wounded by a gunshot.

Cheirha Rankins got the call Tuesday that her 18-year-old son had been shot, and she raced to York Hospital so she could be beside him, reported the York Daily Record.

"I thought I could save his life if he heard my voice," Rankins told the newspaper, sobbing. "I just wanted him to hear my voice."

Rankins didn't know that her son, Nylik Moore, had died about a half hour after he was shot -- and she waited outside the hospital for about two hours without knowing his fate.

The hospital had been locked down as a standard security measure because Moore, the victim of a violent crime, had been brought to the emergency room.

As Rankins waited outside, a deputy coroner gathered evidence and then told hospital employees she wanted to bring Moore's family in to view his body before it was taken to the morgue, which is too cramped for a viewing.

“If we don’t do it, then the family won’t see their loved one until the body returns from the autopsy,” said coroner Pam Gay. “We try to do everything within our power to make that happen here.”

However, the deputy was told that Moore's family could not enter the hospital -- and she was tasked with delivering the news.

Outside the hospital, the crowd became unruly as they waited -- and police arrested Rankins and took her in handcuffs to Central Booking.

Her fiancé, Lamar Sistrunk, asked a police officer what he would do if Moore had been his son, and he replied with an insult.

"My son wouldn't be in that predicament," the officer said.

Rankins was cited for disorderly conduct, although the citation was later withdrawn -- and she was unable to see her son's body even three days after his death.

"It was terrible," she told the newspaper. "I just want to see him."