‘I'm tired of these liberals jumping on the guns’: GOP Congressman whips out pistol during 'coffee with constituents' 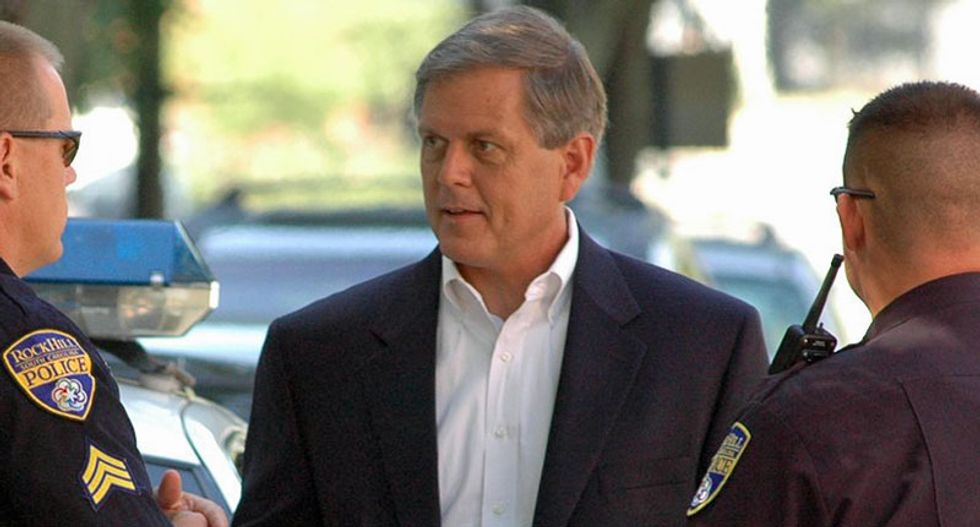 A conservative Republican congressman from South Carolina admitted pulling out a pistol during a "coffee with constituents" event in Rock Hill, the Post and Courier reported Friday.

Rep. Norman brandished the .38-caliber Smith & Wesson handgun at a diner, and left it on the table for several minutes.

"I'm not going to be a Gabby Giffords," Rep. Norman claimed. "I don't mind dying, but whoever shoots me better shoot well or I'm shooting back."

Rep. Giffords was conducting her first "Congress on Your Corner" event when Jared Lee Loughner attempted to assassinate her.

"I had looked forward to a respectful dialogue with my representative about common-sense gun violence prevention policies," said Lori Freemon, a volunteer with Moms Demand Action for Gun Sense in America. "Instead, I felt unsafe when he insisted on showing us his loaded gun and keeping it out on the table for much of our conversation.”

"I'm tired of these liberals jumping on the guns themselves as if they are the cause of the problem," Rep. Norman said. "Guns are not the problem."