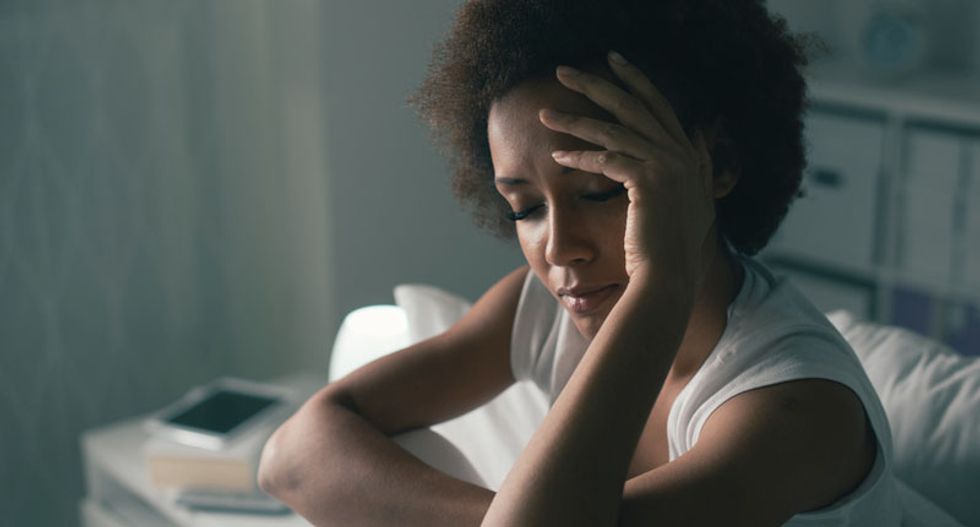 There is nothing like the quiet of night to remind you of your every poor life choice and potential impending failure. As if that wasn’t enough to worry about, Americans just elected a president who signs executive orders without reading them and whose foreign policy is mostly just being unpredictable. That’s justifiably nerve-racking for a certain type of person—the kind who loses sleep over things like, say, nuclear war as a distraction from scandal. Maybe that explains why a new internet site that tracks insomnia sufferers by geographic location has a million points of light along the coasts, in the cities and towns that still can’t believe Donald Trump won this whole thing.

The Sleep Loss map offers a global indication of the places people lie awake at hours when most are sleeping. It’s an incomplete picture, because the data is based on tweets, and access to Twitter varies by country for a number of reasons, from government-imposed censorship (Russia, China) to the unending ravages of colonialism (a lot of Africa). U.K.-based blinds manufacturer Hillarys, the company behind the project, designates a tiny digital point of light on a world map to represent Twitter users who have sent messages about not being able to sleep. The more people who are staring at their screens and tweeting when they should be sleeping—the exact opposite of the way to cure insomnia—the more bathed in light an area of the map becomes. 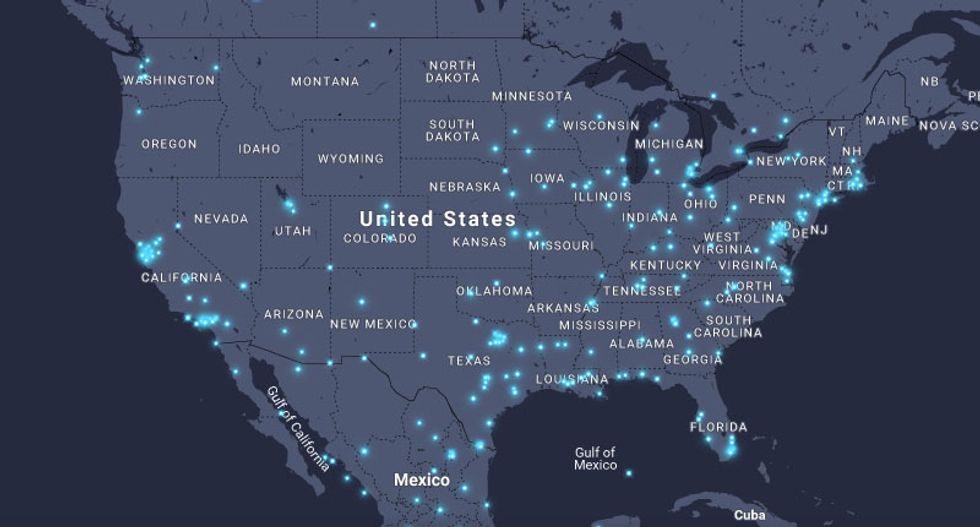 As Breena Kerr notes on Vice’s Tonic, the United States has the most sleep-deprived folks of the countries tracked, at least according to Twitter data. There also seems to be some clear overlap between sleeplessness and having voted against Trump. In the center of the country, the dots of light are scattered across the landscape, some with a fair amount of distance between them. Look out at the edges of the country, though, and you’ll notice more points of light that are densely packed, forming brightly lit patches.

There are probably other contributing factors to the sleep gaps the map depicts. As Kerr points out, “60 percent of Americans in rural areas use social media, compared with 71 percent in suburban areas and 69 percent in urban areas, according to the Pew Research Center's data.” There’s also likely a cultural difference: “late-night” towns like New York, where everything’s open later and the pace of life is hectic, probably have more people up and tweeting than a sleepier town where things shut down by 9pm. But as Kerr notes, Trump anxiety—which is more present in places that didn’t vote for the president—definitely includes sleeplessness.

“Victims of Trump-induced anxiety describe nightmares, insomnia, digestive problems, and headaches,” Slate’s Michelle Goldberg wrote back in September. “Therapists find themselves helping their patients through a process that feels less like an election than a national nervous breakdown."