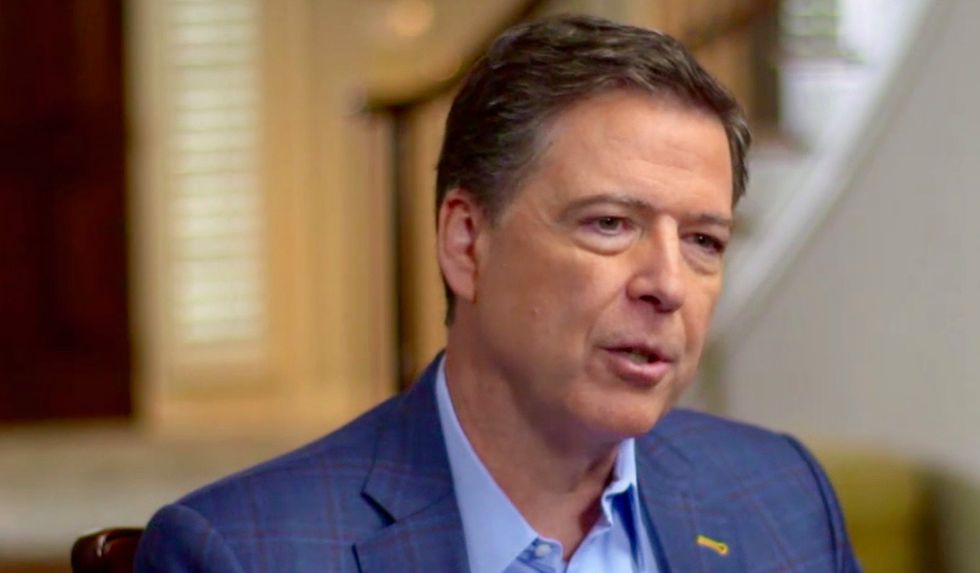 A lot of the interesting details were already known—Comey discussed the fact that Trump is "slightly orange up close" and grapples with his role in electing Trump by miscalculating the way his announcement of an investigation into Hillary's emails—but the awkwardness that followed Trump's election.

But there were some interesting

1. When they first met, Trump didn't ask him any questions about Russian actions after it was clear that they had interfered in the election.

Trump wanted Comey to assure him that the election was fair. Once Comey said he thought that he himself had not put his thumb on the scale, they wanted to write a press release.

"Then the conversation, to my surprise, moved into a PR conversation... No one, to my recollection, asked asked, 'So what's coming next from the Russians? How might we stop it?'"

Watch that part of the ABC interview below:

2. Comey camouflaged himself with a curtain to hide in a failed attempt to hide from Trump.

"I'm 6'8". And then I— I look and right next to me is this blue curtain. And I'm wearing a blue suit the doesn't match perfectly, but close enough. So I'm thinking, 'How great is that? I got a little camouflage.' And so I start moving over and I pressed myself against the blue curtain, true story."

3. Comey didn't vote but his family were all Hillary supporters who attended the Women's March.

"I didn't take a poll among all the kids, but I'm pretty sure that at least my four daughters, probably all five of my kids, wanted Hillary Clinton to be the first woman president. I know my amazing spouse did... My wife and girls marched in the women's march the day after President Trump's inauguration. There was a lot of passion in this house for Hillary Clinton."

4. Comey was never going to write a book.

...or so he says. Comey says he works hard to keep his ego in check and implied that his oldest friends would laugh at the suggestion that he didn't want to write one. 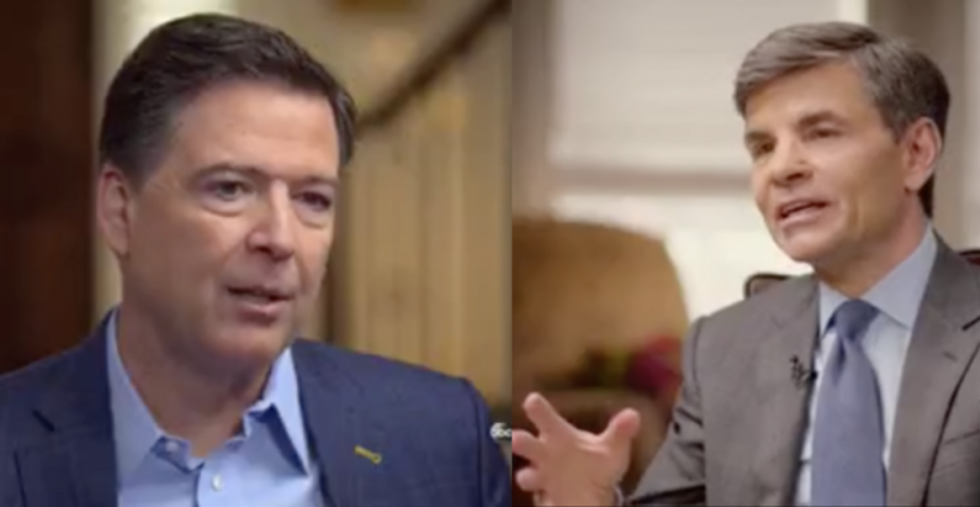 This came in response to a question about the presedential tweetstorm that was sure to follow the interview. "I don't follow him on Twitter, but I'm sure it's going to come," Comey said.

6. The FBI considered Christopher Steele to be a reliable intelligence source.

This one wasn't so much unexpected as reassuring—Steele's revelations were so wild, and he's been attacked so much that it meant something to hear Comey stick up for him.

"Well, certainly the source was credible," he said when asked about the pee tape dossier. "There's no doubt that he had a network of sources and sub-sources in a position to report on these kinds of things. But we tend to approach these things with a bit of a blank slate, trying to figure out, "So what can we replicate?" This guy, who's credible, says these things are true. Okay. That means we should try and replicate that work to see if we can develop the same sources."

Watch Comey discuss whether the Russians have something on Trump below:

7. Comey slept with a knife by his bed for years.

He was drawn to law enforcement after an armed burglar broke into his house when he was a boy and threatened Comey and his younger brother.

"I've always, since then, had some weapon at hand nearby," Comey said.