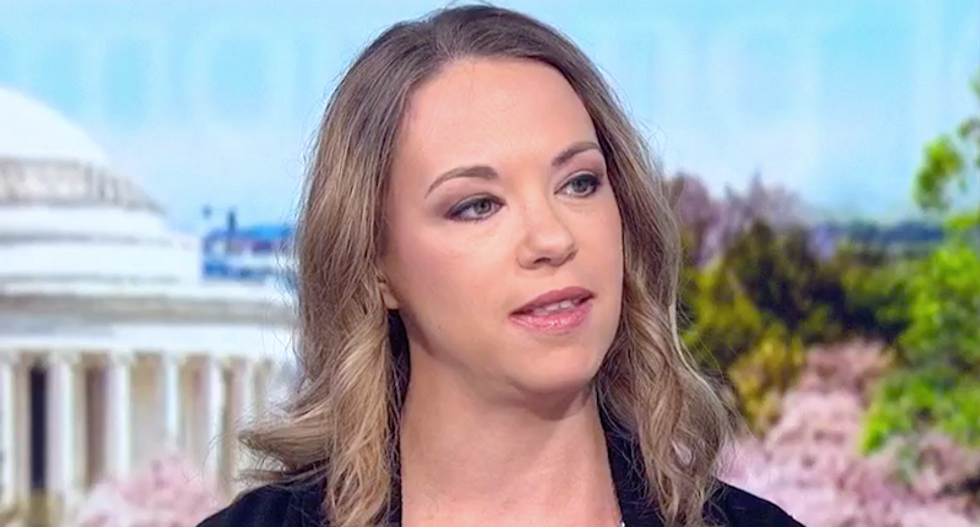 The journalist appeared Thursday morning to promote her new book of essays, "The View From Flyover Country," which collects her observations on how the recession ravaged communities and undermined civic institutions.

"I think those structural conditions set the template for Trump," Kendzior said. "I also have a PhD in anthropology, where I study authoritarian regimes, especially kleptocracies like Uzbekistan, where the president uses his position to enhance personal wealth."

She then made what could be seen as a subtle jab at co-hosts Joe Scarborough and Mika Brzezinski, who frequently allowed Trump to call in phone interviews during the early days of his presidential campaign.

"Kind of combine all of that in an infotainment complex where the media was boosting Trump for ratings, trying to use that to enhance their own wealth, you end up with a situation that's both bad but predictable," Kendzior said.

Brzezinski agreed, saying that Kendzior had "nailed it," and Scarborough asked her to describe how economic inequality and access to education had contributed to Trump's victory.

"That's been going on for a long time," Kendzior said. "You've seen opportunity hoarding by elites, you see a pay to play system where people are expected to do unpaid labor, get expensive degrees and they're locked out of the most powerful industries. You see industries like politics or media, with people who aren't particularly talented or qualified, but have the connections and the network and the wealth in order to get their way in, and that leads to a really damaged discourse for the American public."

Scarborough agreed that institutional breakdowns contributed to Trump's election win, and Kendzior said the media should be held accountable.

"That doesn't completely explain or certainly excuse his rise," Kendzior said. "I think when somebody like Trump launches his campaign on hatred, when he launches it on targeting Mexicans on day one and going on to denigrate these groups, going on to lie, going on to embrace explicitly corrupt policies, people have an obligation to speak out. The media does, the GOP does. We still have that obligation today."

Brzezinski said she and her co-host had a special insight into Trump's rise, although she didn't seem to accept any blame for giving the long-shot candidate a platform.

Kendzior, however, hadn't forgotten the free airtime the MSNBC hosts gave Trump before turning on him.

"Sure you do," Kendzior said.