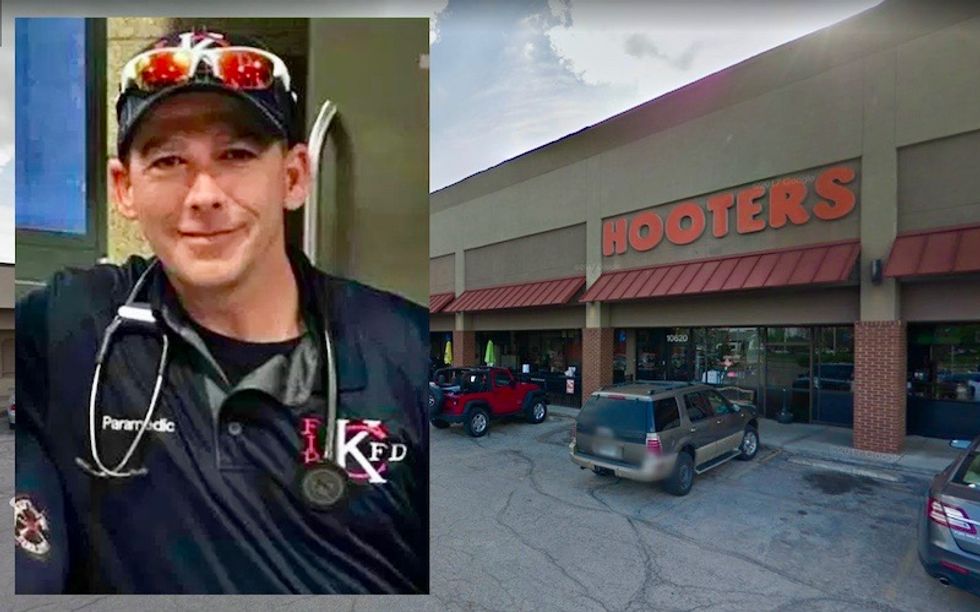 Terrence Jeremy Skeen, the racist firefighter who was kicked out of Hooters after allegedly assaulting a black child/Screenshot

The Kansas City firefighter who was fired after he spit on a 3-year-old black boy and called him the N-word has gotten his job back, the Kansas City Star reports.

Terrence Jeremy Skeen is facing battery, assault and disorderly conduct charges because of an incident that happened in Overland Park, a suburb of Kansas City. Skeen’s lawyer said his client’s side of the story “will all come out at the trial,” and he's back at work after being “suspended incorrectly.”

The boy's grandfather, Raymond L. Harris, is now telling more of the story to the Star as the trial approaches.

The child was with his large family to celebrate his 18-year-old uncle's birthday. The child was running around when his grandfather caught up to him and was told by another patron that his grandson had been the apparent victim of a racist attack.

“Sir, excuse me, is that child with you?” the other patron said.

“That guy over at the bar just spit on your grandson," the other patron said.

Harris confronted Skeen, who allegedly responded by threatening him.

The manager pulled a Starbucks and called the police on the black patrons. They were forced to pay and leave as Skeen finished his meal.

As the officers took witness statements and put together what actually happened, Skeen had told the officers that, “It’s OK, I’m a firefighter.”

And he is still a firefighter.