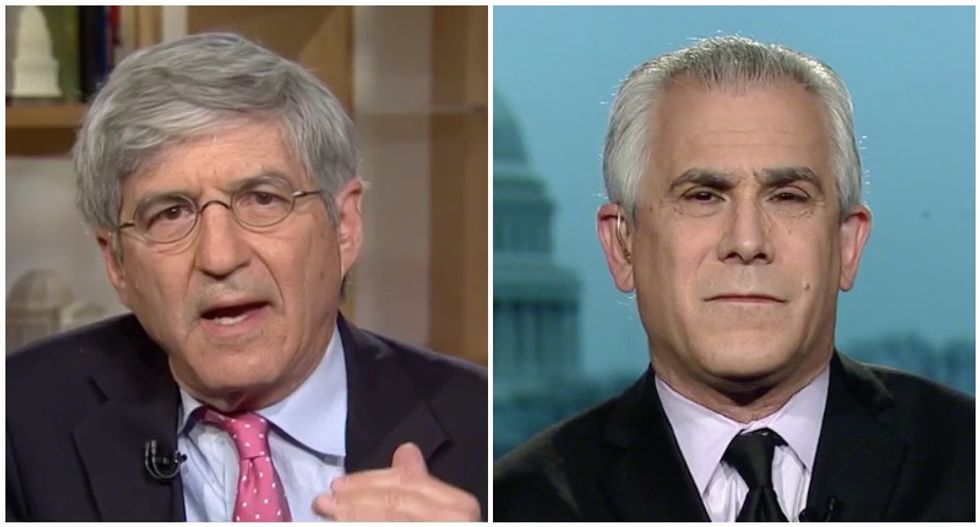 "It's interesting that Manafort seemed to believe that becoming campaign manager of a presidential campaign for Trump was a steppingstone for him in his business endeavors," Corn said.

The reporters explained that Manafort was in millions of dollars of debt to aluminum magnate Oleg Deripaska, who was hit last week by U.S. Treasury Department sanctions, and he offered inside campaign information to ingratiate himself with the Russian oligarch.

"Take a step back, it's almost like a bad spy novel," Corn said. "The guy running the campaign, while he's running the campaign, is having private conversations with a former Russian military intelligence officer about the campaign and how to get information to Deripaska. Whatever he's telling (Konstantin) Kilimnik no doubt could be given on the other people in Moscow -- and it's not insignificant because at the same time Moscow, throughout the summer, is attacking the United States. People call it meddling, I call it an attack."

"Russians knew how the Trump campaign was thinking about this and whether they were upset about the Russian intervention or not, that would help them in how they move forward," Corn added. "So this is like having a tremendous mole inside the presidential campaign."