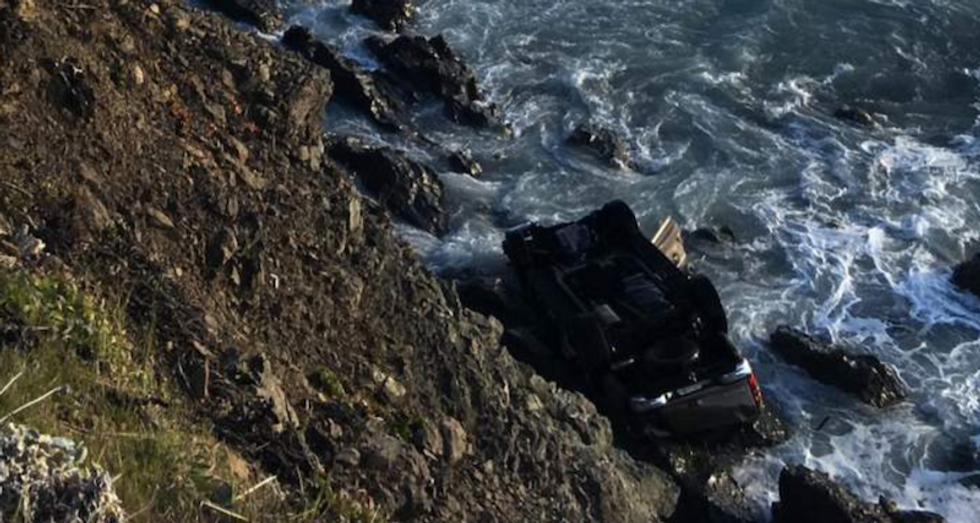 A man whose daughter lived next door to a family killed when their SUV drove off a California cliff warned authorities four months earlier that the family’s six adopted children were being “highly abused,” according to a recording of the man’s 911 call.

Jennifer Hart, 38, is believed to have intentionally driven the Washington State family’s SUV off a cliff at a Pacific Coast scenic overlook in late March, killing herself, her wife, Sarah Hart, and their six African-American adopted children. The bodies of the three eldest children have been recovered, while a body recovered last week is believed to be one of the three other missing children.

Steve Frkovich, whose daughter, Dana DeKalb, lived next door to the Harts, called 911 on Nov. 18 to relay events described by DeKalb and report his concerns of child abuse.

Frkovich said 16-year-old Hannah Hart had fled from her home at 2 a.m and begged his daughter to hide her, according to a recording of the call released on Wednesday by Clark Regional Emergency Services Agency in Washington State.

“There are some kids that I feel are being highly abused,” Frkovich told the dispatcher.

Frkovich did not immediately respond to a request for comment.

The 911 call was at least the fourth report of suspected child abuse in the Hart family in the past seven years as the family moved between three states in a case that has raised red flags about the ability of authorities to track known offenders.

The 911 record shows that authorities contacted DeKalb, who is 58, and she told them the incident had occurred in September and that no other issues had occurred since. It was “determined a welfare check was not warranted,” record shows.

Frkovich said his daughter notified Hannah Hart’s parents about their daughter and all the Hart children came over and said everything was ok.

“They were all standing at attention, like they were all scared to death,” Frkovich told the dispatcher. “I think something very serious is going on.”

Norah West, a spokeswoman for Washington State Department of Social and Health Services, said her agency was not notified of the 911 call.

On March 23, DeKalb notified the department that she believed the children were being abused, according to media interviews and state records.

Hannah told DeKalb that her white mothers were “racist” and she was “whipped with belts,” the records show.