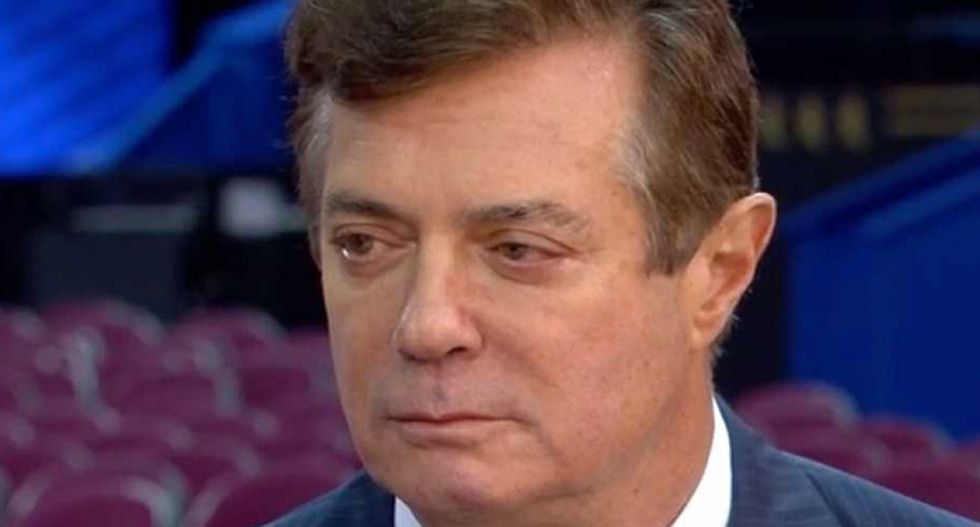 President Donald Trump's former campaign manager authorized a secret media operation while working for Ukraine's former president that targeted Hillary Clinton -- years before the same techniques were used against her in the 2016 election.

Paul Manafort signed off on the project to place articles in the Wall Street Journal and smear then-Secretary of State Hillary Clinton through briefings to websites such as Breitbart News, reported The Guardian.

Manafort's associates also proposed doctoring Wikipedia entries to undermine a key opponent of Ukraine's then-president Viktor Yanukovych, setting up a fake think tank in Vienna to spread pro-Yanukovych views and a social media blitz aimed at targeted audiences in the U.S. and Europe.

The Guardian obtained materials detailing these efforts from 2011 to 2013, when Manafort was paid millions of dollars to lobby on behalf of Yanukovych’s pro-Kremlin government.

Those strategies anticipate efforts by the Kremlin and Russian trolls to manipulate Facebook and Twitter to attack Clinton and boost Trump during the 2016 election campaign.

Manafort has been indicted on multiple counts, including money laundering, in special counsel Robert Mueller's investigation of possible collusion between the Trump campaign and Russia.

The secret strategy to undermine Yulia Tymoshenko, who Yanukovych had defeated in the 2010 election, was masterminded by former Wall Street Journal and Financial Times reporter Alan Friedman, who was based in Italy and had been previously accused of secretly working as a paid lobbyist.

Longtime Manafort lieutenant Rick Gates, who has since pleaded guilty in the Mueller probe and agreed to cooperate, also too part in the media blitz, in addition to Konstantin Kilimnik -- a Manafort associate the FBI believes has ties to Russian intelligence.

Friedman wrote in one document obtained by The Guardian that his project would use "guilt by association" to "deconstruct" Tymoshenko through anonymous videos and other social media content.

“We know that video exists of Tymoshenko uttering some of her outrageous claims in court," he wrote. "The video can be floated into the social space to reinforce the impression that she is at best reckless and unstatesmanlike and at worst malicious, defamatory and antisemitic.”