‘I mean, my god’: MSNBC’s Mika hammers Republicans who think Trump is ‘too smart’ to fire Mueller 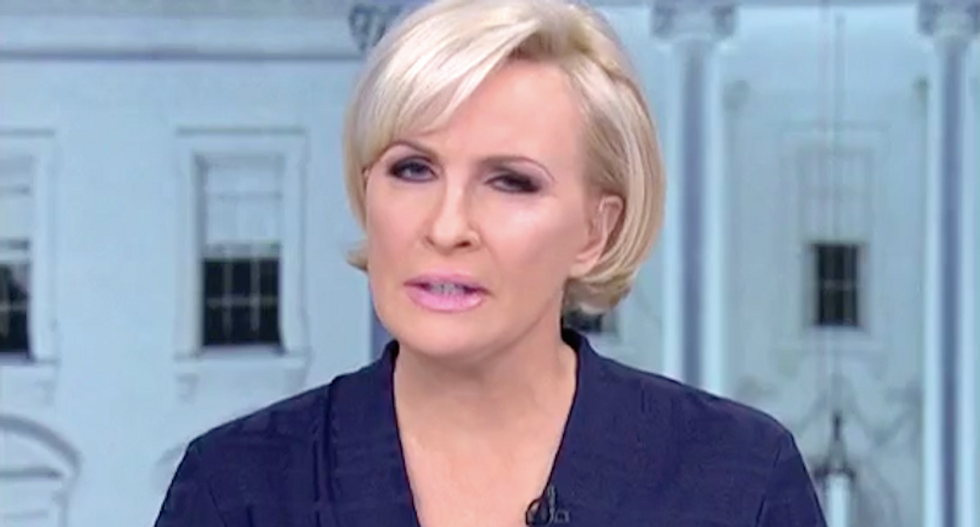 MSNBC's Mika Brzezinski mocked Republican lawmakers who trust that President Donald Trump would not trigger a constitutional crisis by ending the special counsel investigation into his campaign ties to Russia.

The president reportedly sought to fire special counsel Robert Mueller in December after investigators subpoenaed information on his business dealings with Deutsche Bank, and White House spokeswoman Sarah Huckabee Sanders claimed Trump had the authority to do so -- but GOP lawmakers insist Trump is "too smart" to remove Mueller.

"He's too smart to fire mueller?" Brzezinski said. "Is that what they're going on here? Because there's legislation that would make sure that he can't fire Mueller."

The "Morning Joe" co-host called out Republican lawmakers too afraid to challenge the president and too afraid to face their constituents on television.

"If these Republicans are so sure and so confident to step out in front of the cameras for the first time, for some of them, in a long time, why don't they just pass the legislation and make sure he can't?" Brzezinski said.

She said the president had been threatening to end the Russia investigation, one way or another, almost since it began -- and she challenged her viewers who serve in the U.S. Congress to take those warnings seriously.

"I don't know anybody who really, with a straight face, can trust that this president means what he says after the patterns and the track record we have seen throughout his entire presidency," Brzezinski said. "Do I need to make a list? I mean, my god."