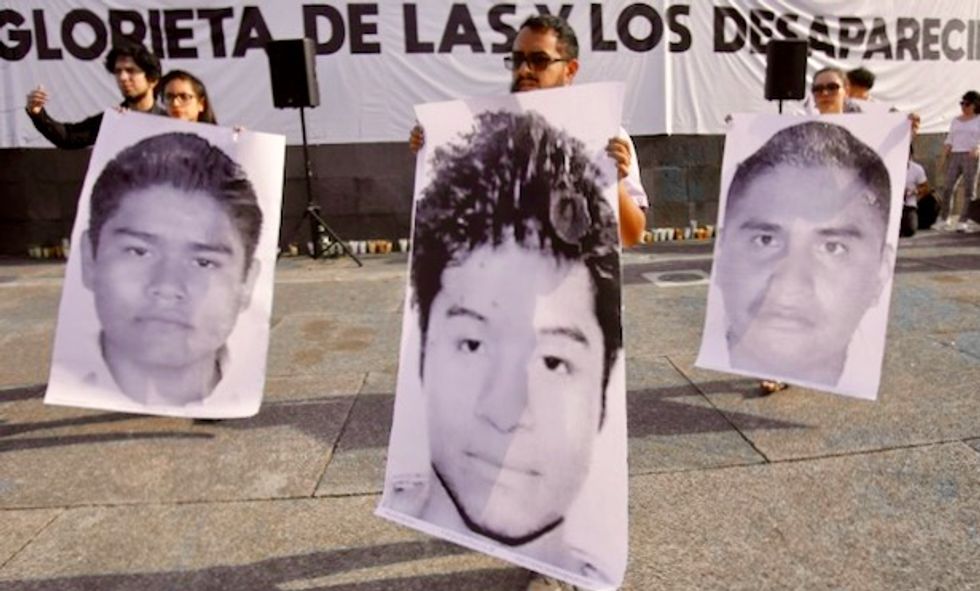 A Mexican rapper and YouTube star with hundreds of thousands of followers confessed to dissolving the bodies of three missing film students in acid, authorities confirmed Wednesday.

Christian Omar Palma Gutierrez -- also known as "QBA" -- is one of two people detained over the deaths of Salomon Aceves Gastelum, 25, Daniel Diaz, 20, and Marco Avalos, 20.

Gutierrez admitted to state prosecutors that he disposed of the bodies after the trio's kidnapping, torture and murder in western Jalisco state last month.

Gutierrez said he received 3,000 pesos ($159) a week to work for the Jalisco New Generation drug cartel, one of the most powerful in Mexico, having been recruited by a friend three months ago.

Two separate Facebook pages belonging to Gutierrez have a combined 140,000 followers, while his YouTube channel has nearly 125,000 subscribers and millions of views.

In songs with titles such as "Death Has No Schedule", Gutierrez sings about violence, weapons and drugs, almost always in a threatening tone.

His professionally-shot videos are littered with images of poor neighborhoods where young gang members take drugs and show off weapons -- while others feature the rapper and his friends showing off in luxury vehicles or on motorcycles.

Torres confirmed the videos formed part of the criminal investigation into the murders.

Prosecutors said Gutierrez and the other suspect will be charged with aggravated kidnapping, while five more suspects remain at large.