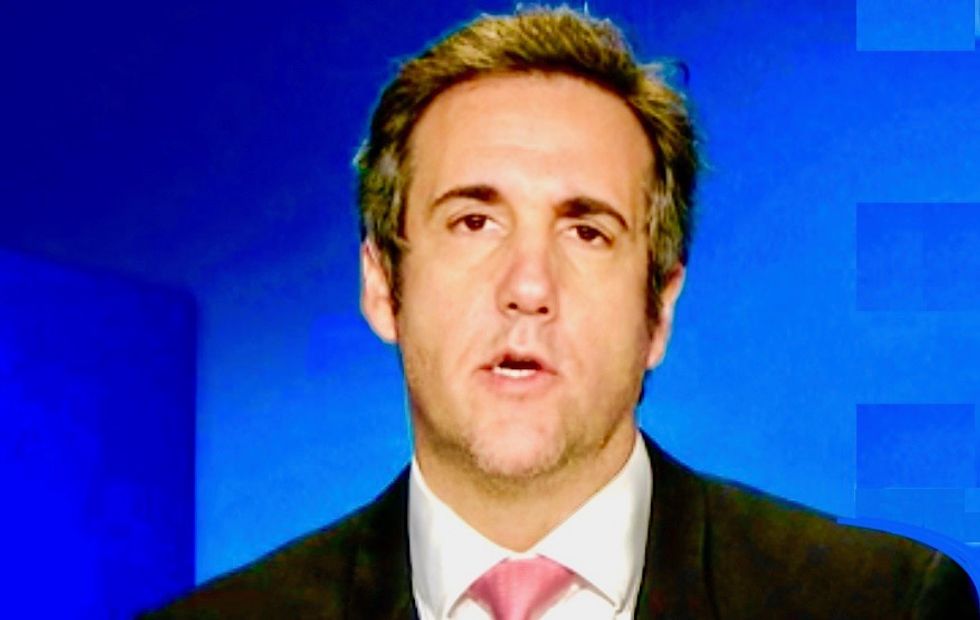 Trump promptly melted down over the raids, which may have resulted in the collection of documents like Trump's tax returns or ties to Russia.

Cohen has been in the news over the Stormy Daniels matter, which involved his paying of hush money. He says he did without Trump's knowledge and has exchanged barbs with Daniels' attorney Michael Avenatti and may have been behind an effort to intimidate Daniels in Las Vegas.

Nothing about what Cohen has done involving the Daniels matter should be a surprise. Donald Trump's "fixer" has long faced accusations of intimidating anyone who stood up to Trump. Here are seven prime examples.

Sued a woman after she revealed details of Trump fixing a beauty contest. Why was Cohen so aggressive with Stormy Daniels? It may be because he had a track record of intimidating women over revelations of wrongdoing. In 2012, Miss Pennsylvania Sheena Monnin revealed that Trump had fixed the pageant by pre-selecting the finalists. As a result, the contest lost its site. And so Cohen sued. Monnin's lawyer told her not to respond and a court ended up awarding $5 million in damages to Trump. Of course she didn't actually have to pay that—privately settling in a way that meant she did not "pay any money out of pocket."

Cohen threatened to have a Harvard student expelled over a prank. In 2016, staff of the humor magazine the Harvard Lampoon posed as the student's student newspaper, The Crimson, and told Trump they were considering endorsing him. They even stole a chair from the Crimson and brought it to Manhattan to pose with the future president. It was all a joke, and Trump's team responded poorly, with Cohen threatening the students.

“He says, you know, ‘I’m gonna come up to Harvard. You’re all gonna get expelled. If this photo gets out you’ll be outta that school faster than you know it. I can be up there tomorrow,” one of the students told 60 Minutes.

Cohen tried to get $5 million from Bill Maher because of a joke. Neither Michael Cohen or Donald Trump have a very good sense of humor. Which is why they reacted so poorly to Maher demanding that Trump present a valid birth certificate to prove that he's not the product of his mother having sex with an orangutan, with an offer to write a check for $5 million to the charity of Trump's choice. Trump actually got a document purporting to show he's not part orangutan and Cohen demanded that Maher pay up. Cohen then filed a lawsuit over the joke, which he then dropped promising that it would be "refiled at a later date." Maher never paid and the suit was dropped.

Occasionally the Lampoon pulls off an epic prank. Current senior Tom Waddick may have set a new standard by trickin… https://t.co/XxnsOlVAox
— 60 Minutes (@60 Minutes) 1523231368.0

Cohen sued a man who rented him a 12,000-square-foot vacation home rental for $250,000—far more than he even paid. According to a report in the New York Post, Cohen's complaints included that the air conditioning was not working to his satisfaction (he had to sleep with the windows open to the ocean breeze) and that the twin beds were too small for Cohen’s son and sisters. While the lawsuit was for $250,000, the total bill for the home in the Hamptons was $150,000. “He ruined my summer!” Cohen told the paper at the time. Keep in mind that it's only a two-hour drive from the vacation home to Cohen's apartment on Park Avenue, so he could have ended the "vacation from hell," at any moment.

Cohen defended his client by denying the existence of spousal rape... Donald Trump's first wife has said she felt violated during sex. Ivanka's mother, Ivana Trump, was married to Trump for 15 years. She does not speak well of the time, and once used “rape” to describe an alleged incident between them that happened in 1989, when Donald was angry about a cosmetic procedure and took it out on her by ripping fist fulls of hair out of her head, tearing off her clothes and forcing himself inside her for the first time in more than sixteen months. It has been reported that Ivana Trump described it as rape, and she's also said that she “violated” by the experience, but stopped short of describing it as criminal rape. Michael Cohen responded to the allegation by denying the existence of spousal rape. "You cannot rape your spouse. And there’s very clear case law,” he told the Daily Beast.

Cohen is wrong: spousal rape is now a crime in all 50 states. Even Donald Trump backed away from Cohen's comments on rape.

...and then Cohen threatened a reporter who wrote about the alleged rape. When the Daily Beast's Brandy Zadrozny and Tim Mark wrote about the alleged rape, they contacted Cohen for comment. He responded by threatening to "mess your life up… for as long as you’re on this frickin’ planet." Cohen implied that he would die for defamation—which never happened. “I will make sure that you and I meet one day while we’re in the courthouse. And I will take you for every penny you still don’t have," he told the reporter. "And I will come after your Daily Beast and everybody else that you possibly know,” Cohen said. “So I’m warning you, tread very fucking lightly, because what I’m going to do to you is going to be fucking disgusting. You understand me?"

Cohen refused to stand up to his boss and boss' wife Melania on birtherism. Cohen was a longtime Democrat—he voted for Obama and even volunteered for the ill-fated 1988 campaign of Michael Dukakis. And he knows Trump was wrong to accuse Obama of not being born in the United States. "I am certain that the president was born in Hawaii—I really am," Cohen told ABC News. "I am most irritated with the fact that this president has been exceptionally secretive when it relates to any personal documentation about his past."

Cohen tried to bully his way out of the fraud lawsuit filed by New York State Attorney General Eric Schneiderman. Trump maintained he did nothing wrong—until he settled the lawsuit. Cohen, as is his way, started with threats aimed at the Attorney General. “The damage to the attorney general is going to be very significant,” he said to The New Yorker. “So significant that he will possibly have to resign.”

Schneiderman, obviously, did not resign and may be pursing other investigations of Trump.