Stormy Daniels’ attorney accuses Michael Cohen of running to Trump and saying ‘you owe me’ after $130,000 payoff 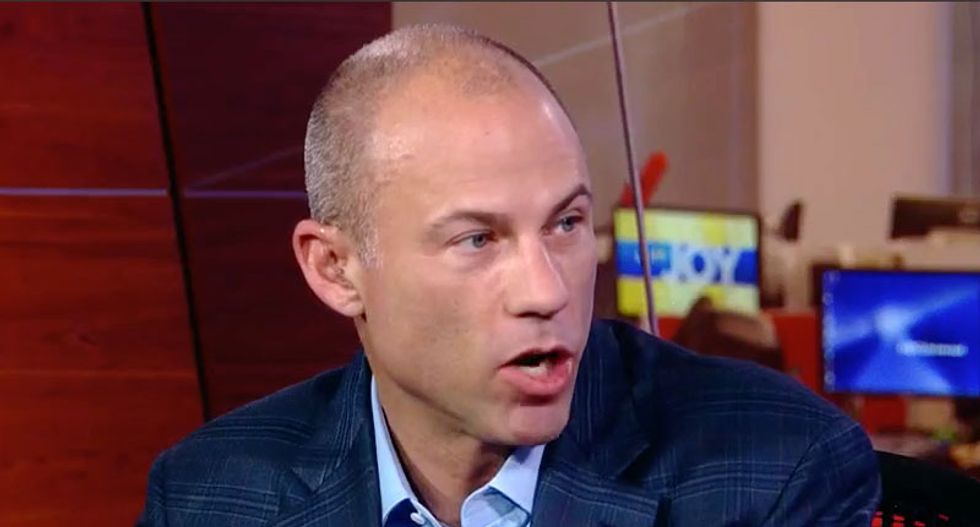 "Our position has been consistent for the last month or more and that is there is no NDA, there is no agreement and one of the reasons is because Donald Trump did not sign it, he didn't know about it, according to his claims, which we don't necessarily believe," Avenatti argued.

"Up until a few days ago, he showed great restraint and showed discipline and we knew that with never going to last," he continued. "Lo and behold, he cracked on Thursday and made the statements on Air Force One and as a result, we don't think there's any question at this point -- there is no agreement, the DNA is thrown out the window."

By Avenatti's reasoning, Cohen must have told Trump about the NDA.

"The idea that he didn't get reimbursed and Donald Trump wasn't made aware of it is absurd," he continued.

"There's no question Joy, that at some point in time, Donald Trump knew about this agreement, knew about the negotiation and knew about the payment," Avenatti predicted. "I believe that it was prior to the election, it was contemporaneous with all of this conduct occurring."

"If it wasn't contemporaneous, it was most certainly shortly thereafter," he continued. "There are significant issues that arise from that, from a campaign finance perspective."

"Donald Trump's comments on Air Force One created huge liability for Michael Cohen," Avenatti concluded. "He threw him under the bus, he put him in the crosshairs, whatever metaphor you want to use, but this got far more complicated on Thursday."

Reid also asked about a cryptic tweet sent on Saturday morning by Avenatti.

Expect a major announcement in the coming days regarding our efforts to identify the thug who threatened Ms. Cliffo… https://t.co/y7ew48vIZH
— Michael Avenatti (@Michael Avenatti)1523104847.0

"I'm not at liberty to get into the details quite yet, what I will say is this, we have worked diligently to identify this individual," he answered. "It was a significant threat, it was a physical threat."