MSNBC’s Donny Deutsch: Michael Cohen has the power to 'bring down the Trump presidency' -- but Trump will 'do anything' to stop him 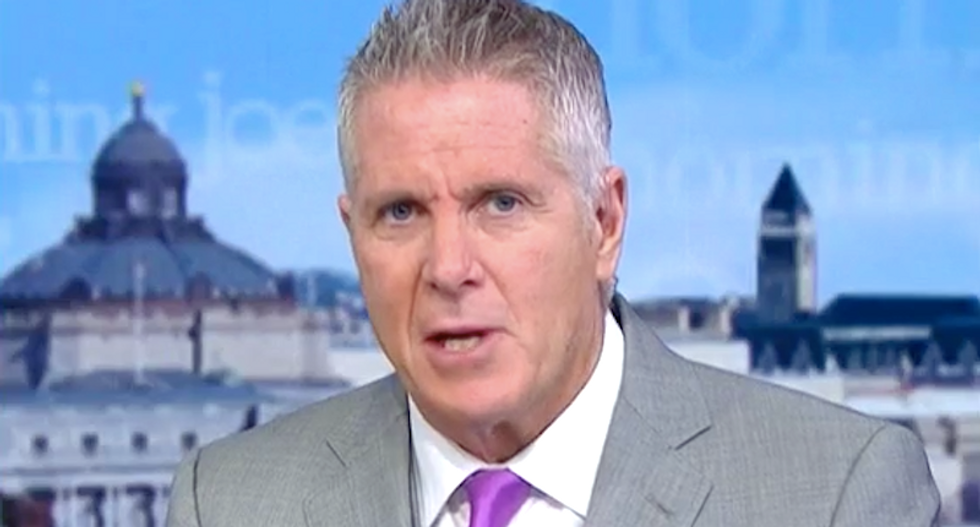 MSNBC's Donny Deutsch knows attorney Michael Cohen personally, and he does not believe that he will serve a lengthy prison term to protect President Donald Trump.

The "Morning Joe" contributor said he's spoken recently to the president's longtime attorney, and he's advised Cohen to look out for the interests of himself and his family -- but so far he remains loyal.

"Michael at this point, for whatever his emotional, legal, personal reasons is devoutly, devoutly, devoutly loyal to this president -- where I can't understand it, candidly," Deutsch said. "I will see it as this unfolds, (the FBI raid) two days ago it was not about Russia, it was not. It was about banking and finance. When you scratch that scab, there's a lot of puss coming out of it."

Host Joe Scarborough scolded Deutsch for his language on the morning news program, saying viewers and their children might be trying to enjoy breakfast, and he then segued to Cohen's family.

Deutsch agreed, and said Cohen has a chance to stand "on the right side of history."

"In every instance they raided a lawyer's, the FBI raided lawyers, they've ended up in jail," Deutsch said. "Michael can have one of two legacies. Michael can have a legacy of spending time in jail and being one of 'all the president's men' -- the man -- or he can have a legacy in the history books that maybe changes the course of history and brings down this presidency. That's obviously very heavy on Michael's shoulders and decisions he has to make."

Scarborough said Cohen shouldn't worry about bringing down Trump's presidency, but instead focus on telling the truth to investigators -- but Deutsch said those choices cannot be separated.

"The calculus clearly changed for his story arc with what happened a couple days ago," Deutsch said. "There is going to be that crossroad. That is why Donald Trump was sitting there the other day like this [with his arms crossed and glowering]."

"Donald Trump knows what's there," Deutsch added. "Donald Trump will do anything but allow this rock to be peeled open -- even if this means him quitting or getting impeached. He's not going to allow this process to go forward, he cannot."