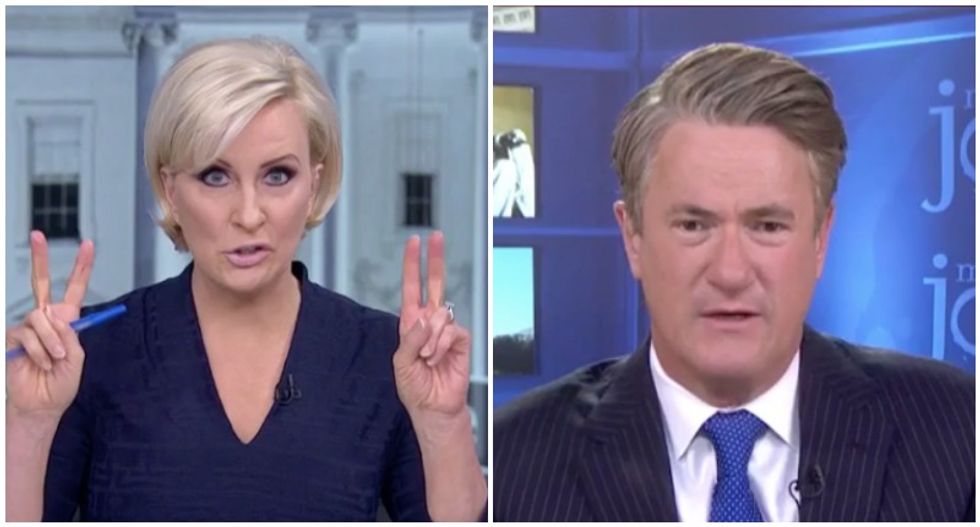 MSNBC's Joe Scarborough and Mika Brzezinski mocked President Donald Trump's lightweight workload a year after he complained the job was harder than he expected.

Trump admitted April 28, 2017, after his first 100 days in the White House, that he thought being president would be easier -- and the "Morning Joe" hosts made fun of the amount of time he spends watching television and playing golf.

The pair spoke in an exaggerated tone that seemed to suggest they expected Trump to watch their mockery and get mad at his former friends.

"'I would be working so hard, how can he golf that much?'" Scarborough said, and then twisted the knife again. "Donald Trump golfs all the time. You know, they give him executive time."

"Well, that's special time for him to be alone and watch TV," Brzezinski explained.

"Yeah, he doesn't have to start working until 11, he can finish until around 2 or 3," Scarborough said. "So if he's doing more work now than he did in private business, you do kind of understand why he had trouble financially for a while."