MSNBC's Rachel Maddow pieces together clues from Mueller's court filings: 'Nobody can fire this investigation' 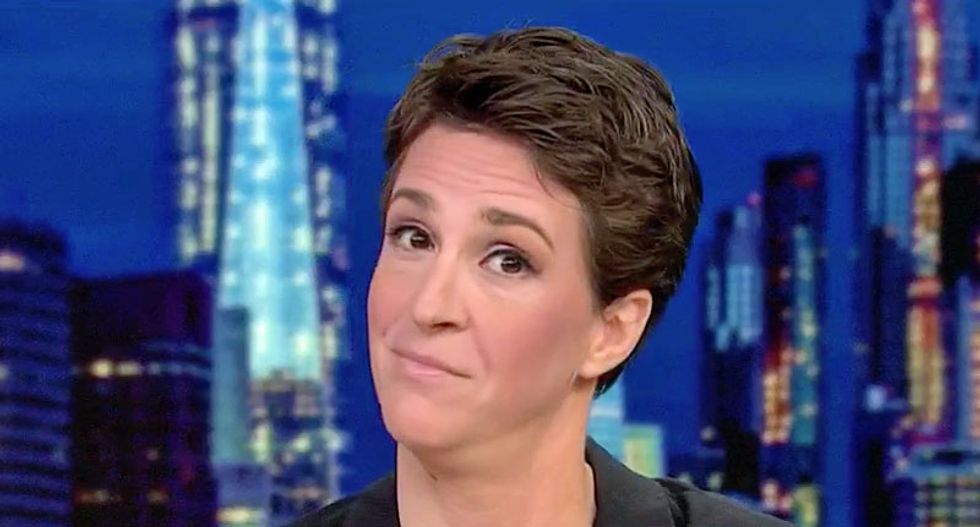 MSNBC's The Rachel Maddow Show on Tuesday read the tea leaves in the latest Robert Mueller court filings to conclude that if President Donald Trump fired the special counsel, it would not end the investigation.

Maddow also identified another gem hidden deep in the filing.

"That's interesting," Maddow concluded. "Robert Mueller is not acting alone in bringing these charges in the Russia investigation, he's getting sign-off from two other divisions at the Justice Department for bringing these criminal charges."

"And then Mueller's team also basically makes the case that if -- somehow magically -- Robert Mueller was disappeared and the special counsel's office was no longer allowed to be involved in the investigations, nevertheless, these investigations would persist," she continued. "This seems very important to me."

"You 'poof' Robert Mueller somehow, this investigation will continue," she added. "I don't know if that means they are expecting to be tested on this, or warning they shouldn't be, but there is a clear statement nobody can fire this investigation out of existence."