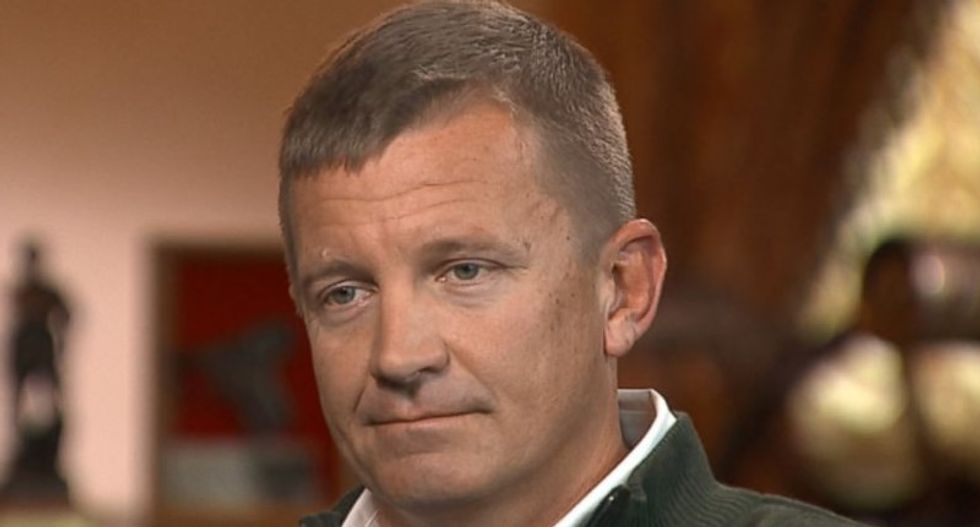 Special counsel Robert Mueller has obtained evidence that suggests Blackwater founder Erik Prince lied to Congress about his meeting in Seychelles with a Russian financier close to Vladimir Putin.

Prince, a campaign adviser to President Donald Trump and brother of education secretary Betsy DeVos, told lawmakers that he ran into Russian sovereign wealth fund CEO Kirill Dmitriev by chance at a bar, but Mueller now has evidence that calls that into question, reported ABC News.

According to his congressional testimony, Prince says he was introduced to Dmitriev by a brother of United Arab Emirates Crown Prince Mohammed Bin Zayed al-Nayhan, who said the Russian financier was also involved in oil, gas and mineral exploration.

"So, as I recall, I met him, this same guy I talked about, Kirill Dmitriev," Prince testified. "Met him down in the bar after dinner, and we talked for 30 minutes over a beer, and that was it."

Nader, who has been arrested twice in the U.S. and convicted once for possession of child pornography, has been interviewed seven times by prosecutors in the Russia probe on a wide variety of subjects, ABC reported.

The naturalized U.S. citizen told investigators he set up the Seychelles meeting between Prince and Dmitriev, and he told the Trump associate that the Russian financier had been appointed by president Vladimir Putin to oversee the state-run sovereign wealth fund.

Nader, who worked at the time for the UAE leader, said he personally facilitated and attended the meeting between Prince and Dmitriev at a resort owned by the crown prince.

He told Mueller that one of the primary goals of the meeting was to set up a line of communication between the Kremlin and the incoming Trump administration, sources told ABC News.

Prince did not mention Nader, who once represented Blackwater in Iraq, to congressional investigators -- even after he was asked to list anyone present at his meeting with the Russian financier.

He told lawmakers no one had been present but him, Dmitriev and Dmitriev's wife, who he said left after a few minutes while they discussed terrorism and oil prices.