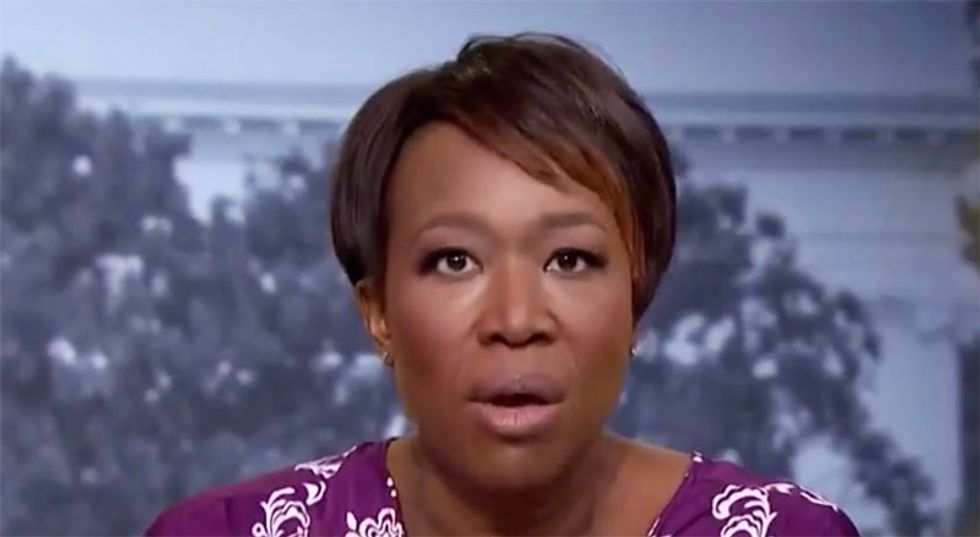 NBC News is not ready to bench MSNBC host and political commentator Joy Reid after alleged anti-LGBT posts from her long-shuttered blog were surfaced by an amateur sleuth on Twitter. Reid has stated her site was hacked and denies she wrote the posts. She says she contacted a cyber-security expert who investigated and has issued a report that finds there was a breach of her site.

An "NBC spokesperson, who declined to be named, said that Reid has referred the matter to law enforcement and that the network would wait for that process to play out before taking any action," Politico reports.

"NBC representatives declined to say whether the network itself will investigate the posts."

Politico points to a few statements that were supposedly found on her blog, which she closed in 2011, and denies writing.

“Most straight people cringe at the sight of two men kissing,” one of the posts reads. “The nature of political correctness is that gay people are allowed to say straight sex is gross but the reverse is considered to be patently homophobic.”

There are, however, tweets from 2010-2011 about Ann Coulter that are being called transphobic.

Many are surprised, given her support of the LGBT community over the years.