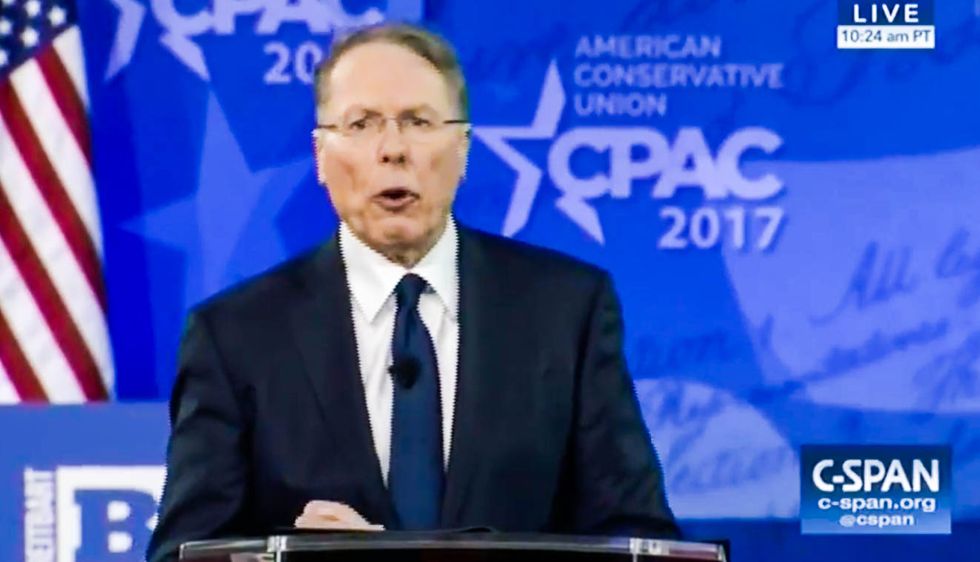 The National Rifle Association has admitted to taking money from 23 people since 2015 who are either Russian nationals or American citizens who live in Russia.

NPR reports that a letter sent to Sen. Ron Wyden (D-OR) has revealed just over $2,500 in total Russia-linked donations were made to the NRA since 2015, although the organization says that most of those donations were "routine payments" for membership dues.

One donor of particular interest is Alexander Torshin, a Russian state bank official who has been a paying member of the NRA since 2012 and who was recently hit by sanctions leveled by the U.S. Treasury Department. The NRA claims, however, that he has not made any payments to them other than his membership dues.

NRA general counsel John Frazer writes to Wyden that it is now "reviewing" Torshin's membership given the sanctions that have been leveled against him.

In addition to his membership with the NRA, Torshin also reportedly met personally with Donald Trump Jr. at an NRA event months before the 2016 presidential election.

The NRA's admission that it has received money from multiple Russia-linked donors is significant, NPR writes, because its representatives had initially claimed to have received payments from just one such donor.

"The NRA has been revising its statements on the question of foreign donations," NPR writes. "Steven Hart, an outside counsel for the NRA, had said previously in an interview with ABC News that the NRA had received just one contribution from a Russian individual between 2012 and 2018."