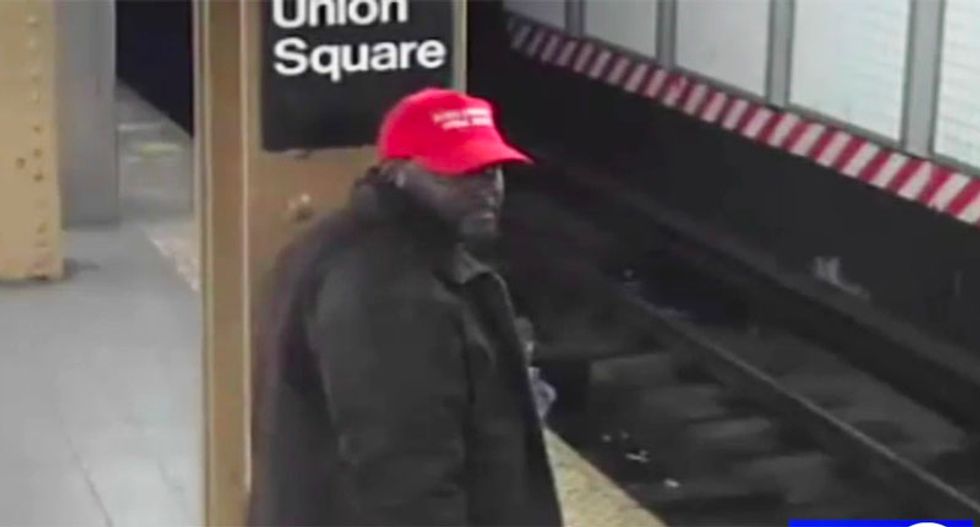 According to the report, the suspect got in a verbal dispute with another man -- described as Hispanic -- while onboard a northbound train, with police saying the man "reportedly made multiple derogatory statements about the victim's ethnicity."

The suspect reportedly followed the victim when he got off the train and then punched him in the head before pushing the victim onto the tracks track and fleeing.

The victims suffered a laceration to his head. He was taken to an area hospital after being rescued by friends.