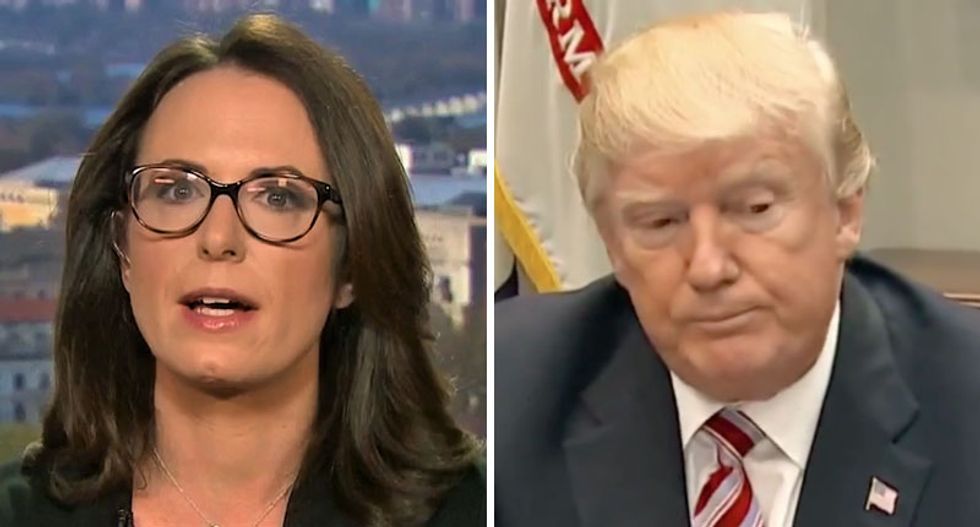 Following an early Saturday morning Twitter rant by President Donald Trump, palace intrigue centered upon which former staffer was accused of being a "drunk/drugged up loser."

Both denied being the target of the commander-in-chief's social media bullying.

Now, the New York Times correspondent Maggie Haberman -- who was also a target of Trump's Twitter abuse -- has offered her analysis.

"Trump is referring to Sam Nunberg in his tweet," Haberman reported. "He’s too aware of what Stone could do to him to be that direct."

The former federal prosecutor had a follow-up question, asking, "Who else?"

As of publication, the Times journalist had yet to respond.