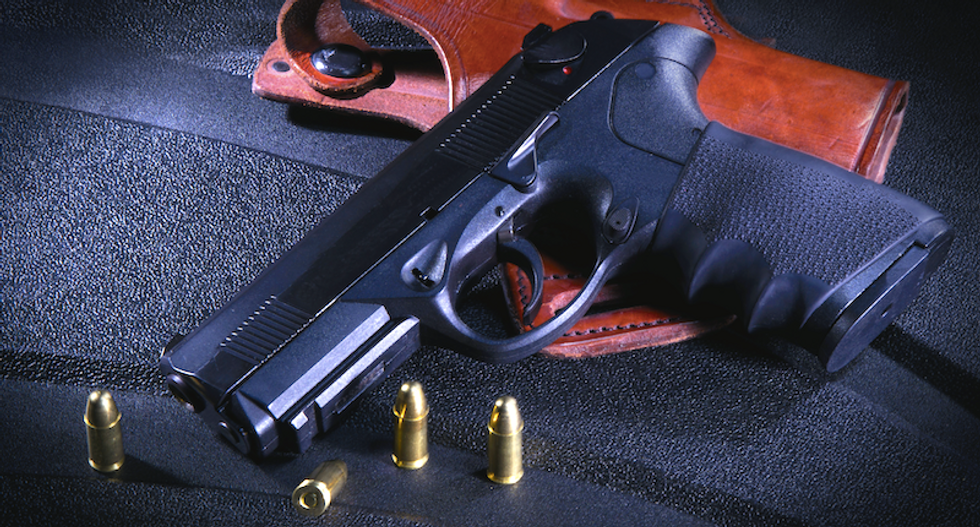 Handgun with holster and bullets (Shutterstock)

An Ohio mom who had a permit to carry a concealed handgun accidentally killed her 2-year-old daughter, Cleveland.com reports.

The killing happened at a hotel on Euclid Avenue in suburban Wickliffe at about 11 pm on April 20, according to police there.

Police said the woman was handling the gun when it accidentally went off and struck her daughter in the chest.

The woman has not been charged, police say, though they are investigating.