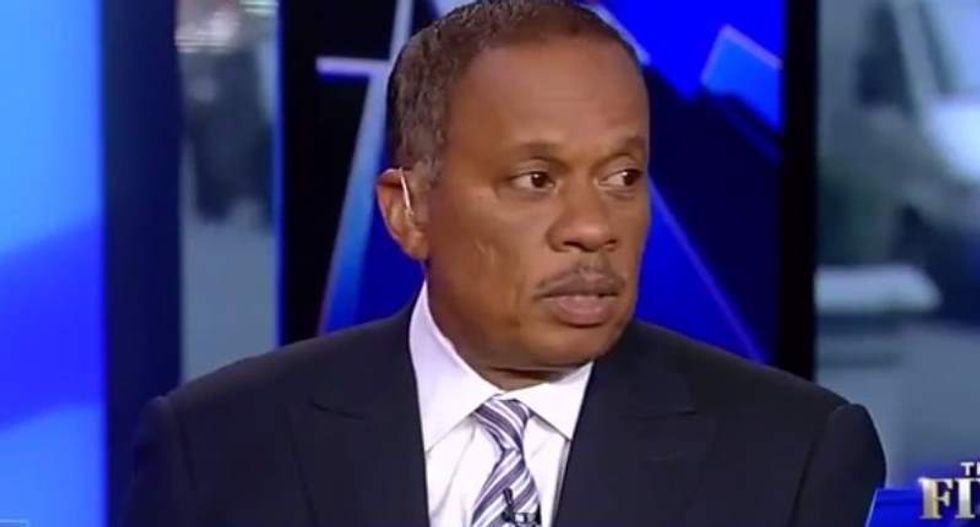 Conservatives and many in the media were still outraged Monday over comedian Michelle Wolf's speech at the White House Correspondents Dinner over the weekend, saying her jokes were overly harsh, particularly about press secretary Sarah Huckabee Sanders.

Juan Williams, a panelist on Fox News' "The Five," agreed that it was uncouth to target Sanders while she was sitting so close to the speaker, but he argued that conservatives entirely missed how funny and wide-ranging Wolf's speech was.

"She was was hilarious. I think she was genius funny. You don't understand: She was picking on the press — a lot," he said. "She was picking on Democrats. She said of the idea that Al Franken is gone, Ted Kennedy probably says 'Hey, I murdered a girl! And when I sit here with all you guys, you talk about 'liberal intolerance,' for a variety of voices and speech. Well, gee! Here's a different perspective."

He added: "She said: 'You guys in the press, you created this monster! And now you're all making your books, your podcasts, your TV shows, making money.'"

He noted that nobody walked out in disgust and that, "Where I was sitting, people were laughing."