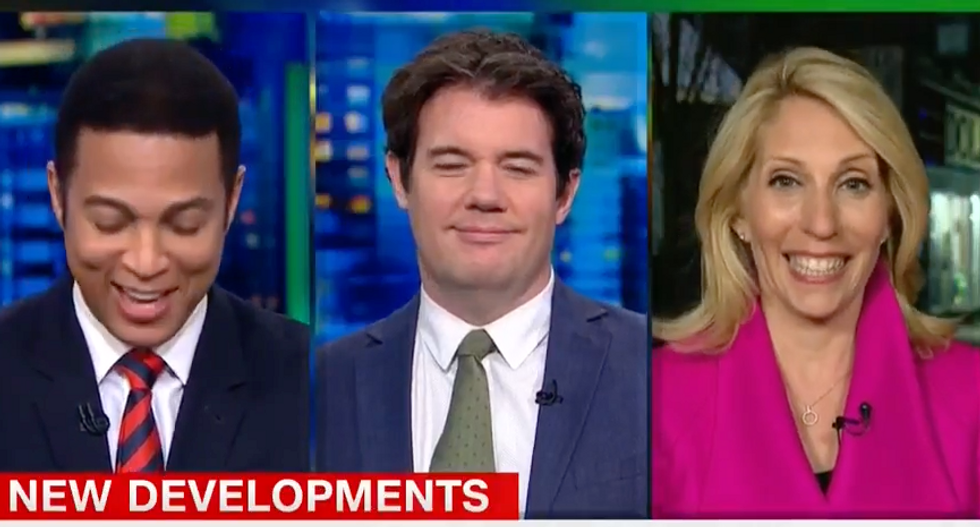 CNN’s Dana Bash on Monday joked that “like a teenager” Donald Trump has resorted to sneaking phone calls to outside advisers behind White House chief of staff John Kelly’s back.

“The president is increasingly using his cell phone to contact outside advisers,” host Don Lemon began, citing his own network’s reporting on Trump’s recent efforts to hit up an assorted cast of fringe characters for policy advice and (presumably) an ego stroke.

“Look, this is classic Donald Trump in that it’s his life line to talk to the people outside the White House,” Bash explained, noting the president relies on outside advisers “frankly, to vent.”

“For any president it’s quite difficult to be in the bubble of the White House,” Bash said. “But in this particular case, the idea that like a teenager, he has to sneak a cell phone when the people who are sort of watching over him aren't there or around—or the person in this case—the chief of staff, it's pretty extraordinary.”

“You better get off of that phone, young man, or I’m going to come into that room,” Lemon joked back.