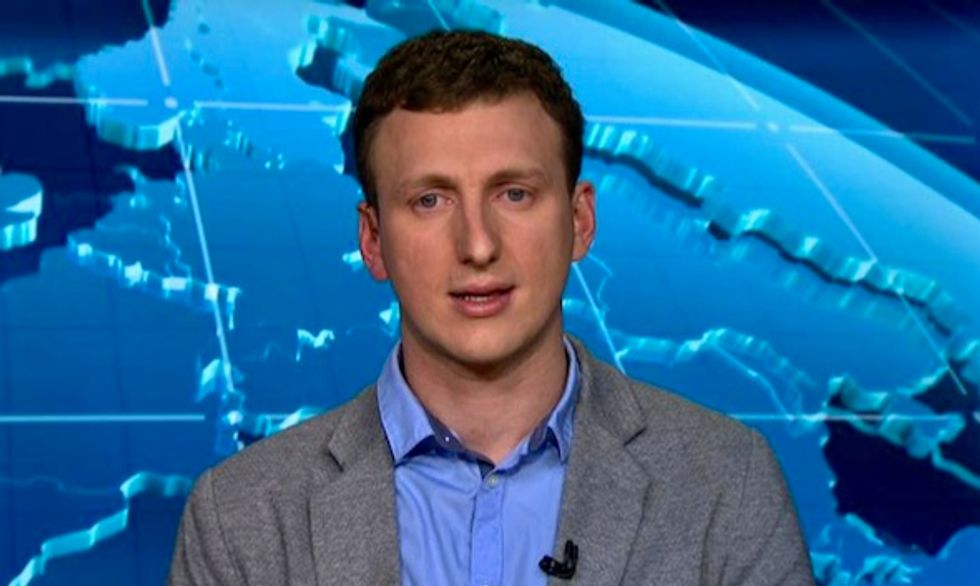 The psychologist behind an app that harvested data from up to 87 million Facebook users defended his role in the scandal Sunday, saying he "never heard a word" of opposition from the social media giant.

Facebook says Aleksandr Kogan's app, This Is Your Digital Life, was downloaded by 270,000 people and also gave Kogan access to their friends.

The data was passed to British communications firm Cambridge Analytica and was used to help elect US President Donald Trump. But the company has blamed Kogan for misusing it, while he claims they and Facebook have used him as a scapegoat.

The University of Cambridge lecturer told CBS's 60 Minutes he was "sincerely sorry" for the data mining, but insisted there was a widespread belief that users knew their data was being sold and shared.

"Back then we thought it was fine... I think that core idea that we had –- that everybody knows and nobody cares –- was fundamentally flawed. And for that, I'm sincerely sorry," he said.

The psychologist also accused Facebook of framing him as a "rogue app" -- and insisted that while he was not sure that he read Facebook's developer policy banning the transfer or sale of users' data, the social network failed to enforce it in any case.

"I had a terms of service that was up there for a year and a half that said I could transfer and sell the data. Never heard a word," he said, referencing his app's user agreement.

"The belief in Silicon Valley and certainly our belief at that point was that the general public must be aware that their data is being sold and shared and used to advertise to them."

On the issue of harvesting the information of friends of app users without explicit permission, Kogan said that capability was "a core feature" of Facebook for years -- and he estimated "tens of thousands" of apps had engaged in similar practices.

"This was not a special permission you had to get. This was just something that was available to anybody who wanted it who was a developer," he said.

On Tuesday Kogan is set to appear before a British parliamentary committee probing the scandal, where he will discuss his ties with Cambridge Analytica.