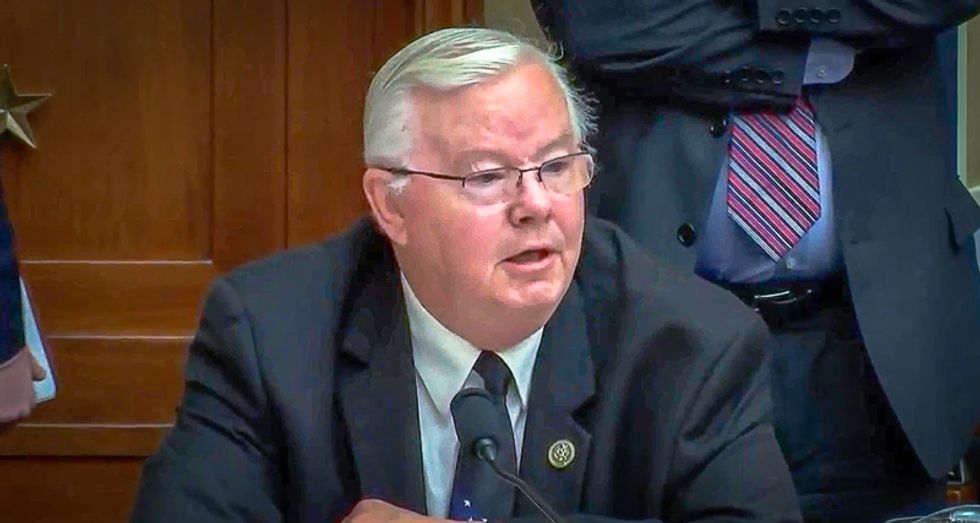 Texas Republican Rep. Joe Barton on Thursday insisted that EPA Director Scott Pruitt had been a "victim" of Democrats because of news reports which accuse Pruitt of corruption.

At a House Energy and Commerce Committee hearing on Thursday, Democrats repeatedly suggested that Pruitt should resign over the reports, but many of the Republicans praised the EPA director.

"You're not the first person to be the victim of -- for lack of a better term -- Washington politics," Barton told Pruitt. "You got picked to be the EPA administrator because of the service you provided for the great state of Oklahoma in fighting some of the Obama administration radical clean air policies."

Barton went on to thank Pruitt for advising President Donald Trump to withdraw from the Paris Climate Accord.

In a series of quick questions, Barton dismissed many of Pruitt's scandals, including allegations that he rented a condo from a lobbyist who has business with the EPA and Pruitt's use of charter jets and flying first class.

"You've been attacked for flying first class," Barton explained. "Is that illegal?"

"That was approved by the travel office and security team at the EPA," Pruitt replied.

"But that was not illegal," Barton said, continuing his questioning. "There was an energy secretary under the Clinton administration, she leased party jets that were used by rock stars. Party jets. Not one time but several times. Have you ever rented a party jet?"